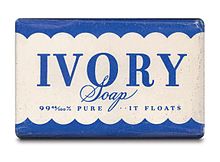 Supporters of center-right Democrats like Cory Booker and Kamala Harris have a response to left progressives who criticize their candidates for cozying up to Wall Street banks and trying to execute innocent men: stop with the purity tests!

The term is everywhere these days. "In the political world," Alan MacLeod writes for FAIR, "the term 'purity test' has a very specific meaning, largely used by elites to chastise and attack the left, or to gaslight them into supporting more centrist or right-wing policies."

Progressives should not fall for the purity-test smear. Voters have every right to demand certain standards of behavior and policy positions in exchange for their support. And so far, lefties have not asked for much: $15-an-hour minimum wage, Medicare For All, free college tuition, eschew donations by corporations. Yet even these modest attempts to nudge the needle to the left go too far for the Third Way/Democratic Leadership Council/moderates clinging to control over the Democratic Party.

Barack Obama is leading the charge. The former president and self-described "moderate Republican" recently argued that Democrats "sometimes creat[e] what's called a 'circular firing squad' where you start shooting at your allies because one of them is straying from purity on the issues." The word "allies" is interesting. Is someone who disagrees with you on important issues really an ally?

Here's a typical use of the term from the June 6th edition of that most elitist of establishmentarian power-sucking publications, the New York Times: "In a contest where purity tests on the left have already propelled leading campaigns to disavow super PACs and reject money from federal lobbyists, is [accepting] tech money still politically acceptable?" The corrupting influence of super PACs is well-documented, yet the Times wants us to think a politician can take their cash without being bought.

Framing is everything in politics and the "purity test" trope is one of the cleverest reframes in recent history. Describing the world as complicated -- well, duh -- the purity test narrative portrays politicians who fall short of the progressive Puritans' impossibly high standards as victims of a shrieking mob. Virtuous attackers become fanatic Javerts, persecutors of minutiae. Corrupt, bloodthirsty scoundrels deserve our sympathy -- and our votes.

Everyone -- left, right, center -- assesses candidates based on their personal metrics. Some are demographic: Is Mayor Pete too young? Is Bernie too old? Some are relatively arbitrary: Is Amy Klobuchar too mean of a boss? Is Beto too spazzy?

What right-wing Democrats call "purity tests" are what used to be called "standards." They're about ideology. And they're valid.

Eighteen years into the losing war against Afghanistan, left-leaning Americans have good cause to question militarism and its enablers. Joe Biden voted for the Iraq War. He's never even apologized. Bernie Sanders voted no when it was unpopular to oppose Bush. Why shouldn't progressives conclude that Sanders is closer to them -- not to mention smarter? Biden voted to kill more than a million Iraqis for no reason whatsoever; being held accountable for contributing to one of the biggest mass murders in history no more constitutes a purity test than voting against Charles Manson for mayor.

The Democratic tent has long included officials who oppose abortion. Now that states are passing bans against abortion that don't even include exceptions for incest and danger to the life of the mother, however, Democratic presidential candidates like Harris and Julian Castro say that all Democrats should be pro-choice. Given how strident the pro-life movement has become and the fact that Roe v. Wade is likely to be overturned, it's hard to dismiss this as an inane "purity test."

Center-rightists tell me that my standards are too high, that none of the current field of 24 presidential candidates can pass my test. They're probably right. But it's not my problem. It's theirs.

Related Topic(s): Democrats; Policy; Progressives; Purity Pledge; Testing, Add Tags
Add to My Group(s)
Go To Commenting
The views expressed herein are the sole responsibility of the author and do not necessarily reflect those of this website or its editors.