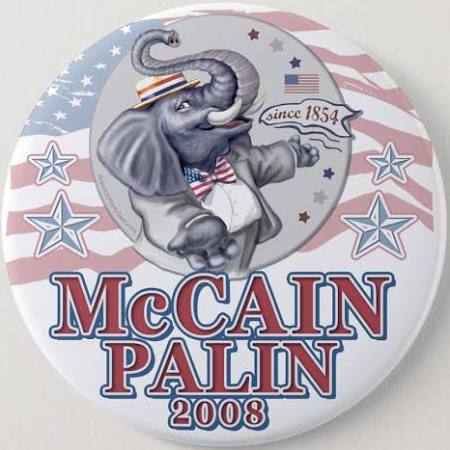 Let's say you owned a house and needed extra cash to make ends meet, so you decided to rent two of your bedrooms. Would you agree to lease those rooms to two people, but under the condition that you could only meet and run a credit check on one of them? Would you allow an anonymous rando move into your second room, no questions asked, not even their name?

It's an absurd question. No one would do that. Yet that's exactly what the parties ask millions of voters to do in American presidential primaries.

Thanks to debates and news reports we've gotten to know Bernie Sanders, Elizabeth Warren, Joe Biden and the other presidential contenders pretty well. Democratic voters have the information they need to vote for their party standard-bearer. But they have no idea who will represent their party for vice president.

We don't even know what kind of veep the candidates would pick. Would Biden balance his centrism with a progressive, or someone younger like Pete Buttigieg? Would Sanders double down on progressivism by pairing up with Warren, or vice versa?

Since four out of 10 vice presidents have become president, this is not an academic question. (I include those who ran for the presidency using the formidable springboard of incumbency and the name reconciliation it bestows.)

You might think no big deal, my choice for president will select a running mate with a similar temperament and ideological leanings. History shows that "balance," i.e. contrast, is a common strategy. Bush, an affable moderate Republican, went with maniacal hardliner Dick Cheney -- and by many accounts Cheney was the one in charge. The US (and Iraq!) lost a lot when Bush prevailed over Al Gore; whereas Gore was a staunch environmentalist and a thoughtful liberal, his running mate Joe Lieberman was a charmless Republican in sheep's clothing. Whatever you thought of John McCain (in my case, not much) it would have been a tragic day for America had he croaked and been succeeded by the shallow imbecile Sarah Palin.

It is strange -- nay, it is insane -- that a self-declared democracy allows, effectively, 40% of its future leaders to be elected not by the voters but by one person, the presidential nominee of one party or, at most, by a half-dozen of his or her confidants.

Sometimes it works out. The assassination of William McKinley gave us Teddy Roosevelt, who set the standard for the contempt with which a president ought to treat big business. How long would we have awaited the Civil Rights Act had LBJ not been prematurely promoted? Still, this is not democracy.

It is time for the United States to require that candidates for president announce their veep picks at the same time they announce their intent to run. It's truth in advertising.

Candidates' terms don't expire with them. If a president succumbs to an assassin's bullet, a foreign drone or an aneurysm prior to the end of their four-year term, voters -- primary voters -- ought to have the right to know who would finish it out. Toward that end, they also ought to pre-announce their cabinet picks. Many cabinet positions are in the line of succession. And they can make a big difference. I would not have voted for Barack Obama if I had known he would appoint Goldman Sachs' Timothy Geithner to run the Treasury Department.

Announcing veeps early enough for voters to take them into consideration before casting their primary ballots would deprive political conventions of their last remaining bit of drama, but lower TV ratings are a small price to pay compared to what is to be gained: transparency and choice.

It's not like revealing the number-two spot ahead of time is a crazy idea no one has tried before.

"Nowadays, once a candidate has locked up the presidential nomination, we expect them to choose their running mate by whatever process they choose to employ, introduce him (or, in two recent cases, her) to the public a few days before the convention, and we all understand that the convention will rubber-stamp that choice, and the veep nominee will make a televised speech, which will occur on Wednesday night, the third day of the four-day TV show that conventions have become," Eric Black wrote for the Minnesota Post.

"In the earliest days of the Republic -- and this was the way the Framers of the Constitution intended it -- whoever finished second in the Electoral College voting would become vice president. That's how John Adams, the first vice president got the job. Even as the two-party system (which is not mandated by the Constitution) developed, that remained the case, which is how Adams (when he succeeded George Washington in 1796) ended up with his chief rival in the presidential race (Thomas Jefferson) as his vice president."

Related Topic(s): Democracy Decay; Insane; Vice President; Voter Participation, Add Tags
Add to My Group(s)
Go To Commenting
The views expressed herein are the sole responsibility of the author and do not necessarily reflect those of this website or its editors.