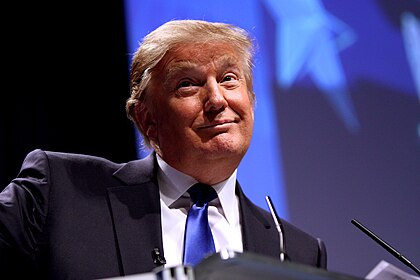 As I write this, President Donald Trump is at Walter Reed National Military Medical Center after testing positive for COVID-19 and, we are told, experiencing "very concerning" symptoms. I wish the president a full and speedy recovery, but like many Americans I'm also interested in how this development affects the upcoming presidential election.

The consensus seems to be that it's bad for Trump -- he's off the campaign trail for at least two weeks, his medical condition is the center of attention, and any kind of illness tends to make a president look "weak" (not good less than a month ahead of an election).

But Trump could use his unfortunate affliction to his own political advantage, by invoking the 25th Amendment.

Yes, I'm talking about the same 25th Amendment which some figures in the "Russiagate" investigation had apparently hoped to use to remove him from office early on. That amendment has two sides.

Two significant issues in this election involve the transfer of presidential power.

One concerns the ages and apparent infirmities of the two "major party" candidates. Donald Trump and Joe Biden are both in their 70s. Both seemingly suffer from health problems including but not limited to incipient or actual dementia. Whether either of them, if elected, would survive the next four years in a physically vigorous and mentally competent state is a reasonable concern.

The other involves a seeming unwillingness on Donald Trump's part to voluntarily relinquish personal power under any circumstances -- maybe not even after losing the election next month.

Trump could reassure the public on both of those matters by invoking the 25th Amendment himself. That would communicate to the electorate that he cares more about continuity of government than about personal power. It would also would give Vice President Mike Pence a chance to prove himself ready to serve as president when and as needed. Both would likely play well with any remaining undecided voters.

On the practical side, COVID-19 can move very quickly. In August, my mother went from an apparent turn for the better, sitting up in bed, talking and eating, to dead in about two hours. A president hospitalized with that kind of condition is inherently incapacitated. President Trump should focus on his own recovery, not on appearing strong ahead of an election.

Related Topic(s): 25th Amendment; Corona Virus Coronavirus Covid-19; Election 2020; Trump Campaign, Add Tags
Add to My Group(s)
Go To Commenting
The views expressed herein are the sole responsibility of the author and do not necessarily reflect those of this website or its editors.