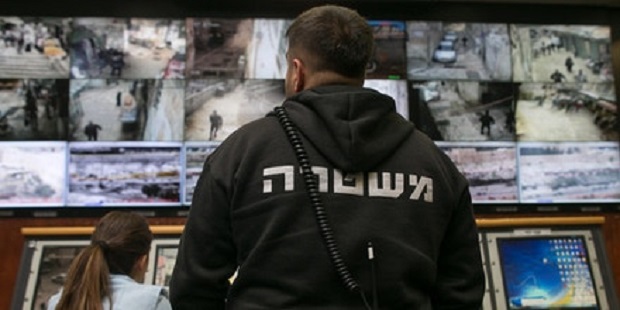 Digital age weapons developed by Israel to oppress Palestinians are rapidly being repurposed for much wider applications against Western populations who have long taken their freedoms for granted.

Israel's status as a "startup nation" was established decades ago. But its reputation for hi-tech innovation always depended on a dark side, one that is becoming ever harder to ignore.

A few years ago, Israeli analyst Jeff Halper warned that Israel had achieved a pivotal role globally in merging new digital technologies with the homeland security industry. The danger was that gradually we would all become Palestinians.

Israel, he noted, treated the millions of Palestinians under its unaccountable, military rule effectively as guinea pigs in open-air laboratories. They were the test bed for developing not only new conventional weapons systems, but also new tools for mass surveillance and control.

As a recent report in Haaretz observed, Israel's surveillance operation against Palestinians is "among the largest of its kind in the world. It includes monitoring the media, social media and the population as a whole".

But what began in the occupied territories was never going to stay in the West Bank, East Jerusalem and Gaza. There was simply too much money and influence to be gained from a trade in these new hybrid forms of offensive digital technology.

Tiny though it may be in size, Israel has long been a world leader in an extremely lucrative arms trade, selling to authoritarian regimes around the world its weapons systems as "battlefield-tested" on Palestinians.

This trade in military hardware is increasingly being overshadowed by a market for belligerent software: tools for waging cyber warfare.

Such new-age weapons are in high demand from states for use not only against external enemies, but against internal dissent from citizens and human rights monitors.

Israel can rightly claim to be a world authority here, controlling and oppressing populations under its rule. But it has been keen to keep its fingerprints off much of this new Big Brother technology, by outsourcing the further development of these cyber tools to graduates of its infamous security and military intelligence units.

Nonetheless, Israel implicitly sanctions such activities by providing these firms with export licences and the country's most senior security officials are often closely involved in their work.

Once out of uniform, Israelis can cash in on years of experience gained from spying on Palestinians by setting up companies developing similar software for more general applications.

Apps using sophisticated surveillance technology originating in Israel are increasingly common in our digital lives. Some have been put to relatively benign use. Waze, which tracks traffic congestion, allows drivers to reach destinations faster, while Gett pairs customers up with nearby taxis through their phone.

But some of the more covert technology produced by Israeli developers sticks much closer to its original military format.

This offensive software is being sold both to nations wishing to spy on their own citizens or rival states, and to private corporations hoping to gain an edge on competitors or better commercially exploit and manipulate their customers.