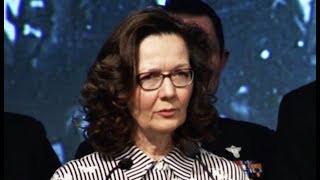 An interesting vote will be coming up in the Senate, the confirmation vote on Trump nominee Gina Haspel as Director of the CIA. Make no mistake; this will be a torture vote, a yes or no to confirm the CIA's role in systematic torture of our "enemies" abroad (see below for details).

The last time a pro-torture Trump nominee came to the Senate -- Mike Pompeo for the same job in January 2017 -- the Senate confirmed him 66-32-2. The motion to bring his nomination to the floor, called the "motion to proceed" (MTP), passed by an overwhelming 89-8-3. (For what it's worth, Bernie Sanders was one of the few No votes on that motion.)

Democratic Party votes to confirm Pompeo included "progressives" Sheldon Whitehouse (RI), Amy Klobuchar (MN), and Brian Schatz (HI). In all, 16 Democrats said yes to pro-torture Mike Pompeo, after which one of them, Whitehouse, got an earful at a town hall.

Now comes Trump nominee Gina Haspel for CIA chief. She's not just pro-torture, she's an actual torturer. Will Democrats take a stand against her? If so, in what numbers?

Will they campaign publicly, in the press and elsewhere, against her torture background with the same vigor they campaigned against the travel ban and Obamacare repeal?

Or will most, as they did with Pompeo, quietly vote No knowing that enough of their Democratic colleagues will vote Yes to get the job done without them. Recall again the vote to bring Pompeo's nomination to the floor. That vote, the motion to proceed, was the only vote that mattered. No one serious about stopping a nomination votes Yes to on the motion to proceed, and it passed with overwhelming Democratic support.

Most of those we torture are dark-skinned and Muslim -- an identity-politics gotcha for the gotcha-inclined. These are the same people targeted by Trump's widely hated travel ban, which Democrats came out strongly against. Of course, as Yahoo News points out, "If confirmed, 61-year-old Gina Haspel would become the first female head of the CIA," so there's that.

Who will play hypocrite for the CIA? Which Democratic senators? Watch for that vote.

A fair amount has been written about Gina Haspel's background with the CIA, but this 2017 Glenn Greenwald piece is seminal. Bottom line -- Haspel, as a CIA agent stationed abroad, ran a torture site.

"In May 2013, the Washington Post's Greg Miller reported that the head of the CIA's clandestine service was being shifted out of that position as a result of 'a management shake-up' by then-Director John Brennan. As Miller documented, this official -- whom the paper did not name because she was a covert agent at the time -- was centrally involved in the worst abuses of the CIA's Bush-era torture regime.

"As Miller put it, she was 'directly involved in its controversial interrogation program' and had an 'extensive role' in torturing detainees. Even more troubling, she 'had run a secret prison in Thailand' -- part of the CIA's network of "black sites" -- 'where two detainees were subjected to waterboarding and other harsh techniques.' The Senate Intelligence Committee's report on torture also detailed the central role she played in the particularly gruesome torture of detainee Abu Zubaydah.

Related Topic(s): CIA; Democratic; Gina Haspel; Nomination; Torture, Add Tags
Add to My Group(s)
Go To Commenting
The views expressed herein are the sole responsibility of the author and do not necessarily reflect those of this website or its editors.