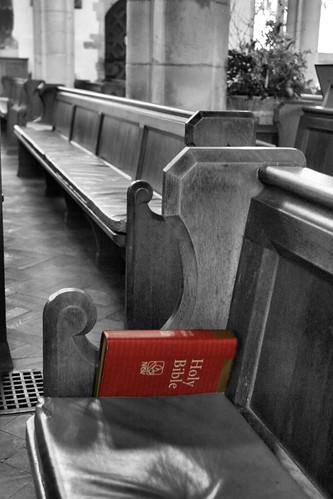 My journey to writing this began seven years ago. I confronted our small town's celebrity racist in a local pub and a minor tussle ensued, in the middle of which the racist very forcefully and angrily defended himself with "But he's a Liberal!" Shortly thereafter I ran for mayor of the small town. I walked the streets knocking on doors and trying to engage the townsfolk in meaningful conversation about issues that were important to them. Most were eager to talk about the local civic failures or successes. However one large, forty-something fellow, in a rambling, expensive home, demanded to know what I was -- was I a Republican or a Democrat? I responded that I was actually neither. He refused to accept that as an answer, demanding I label myself. I tried to reason with the gentleman, explaining to him that at that level of government it didn't really matter, what mattered was that the s**t flowed and the garbage was removed and taxes stayed low. He became angry, responding, "Well if you aren't a Republican than you're a Communist, Liberal!" with extra emphasis on "Liberal."

During the last political season here in Texas I attended a rally in a neighboring town in support of now-Republican Congressman, Chip Roy. I was asked to go and take pictures. One of the first things out of Roy's mouth was a warning about "Godless Liberals." He claims he didn't say it and maybe I'm misremembering but either he or the other speaker at the event did say it on at least three occasions. Finally, over the past few months I have been paying attention and participating with evangelicals on Facebook. The term "Godless Liberals" or simply "Liberal" gets frequently tossed out as a foul epithet. Recently my morality has been challenged because I'm a "Liberal." I have also been called a heretic because I believe in climate change and the need to address it. So, I decided to take some time and think about all this and do a bit of research.

It appears that a large portion of evangelical ministers don't have formal theological training or a scholastic background in the arts or humanities. Many simply go through an extensive period of indoctrination; based entirely on the institution's interpretation of the bible. They are not intellectually empowered or equipped to engage with us of "the world." Therefore it makes perfect sense how and why evangelicals and those affected by their politics, and multitudes of Americans of other denominations unwittingly under the spell of evangelical politics, easily and with absolute authority use the word "liberal" as an epithet.

Evangelicals are guiding and defining political debate in America today. It doesn't matter which side you are on -- you are either promoting evangelical ideals or you are defending against them. How can this possibly be? Evangelicalism is deeply rooted in the capitalist culture of America. It currently is an American lifestyle. It is bizarrely nihilistic and determinative at the same time. Evangelicals are simultaneously in control of everything and nothing because they see God in control, which requires them to defend their orthodoxies while also waiting for God to destroy the world -- thereby negating any altruistic impulses they may have concerning climate change, etc. They appear to be a doomsday cult dressed up as Aunt Bee.

Evangelicals and other Christian denominations in America are transactional. Public pronouncements of faith are seen as spiritual currency. The faithful support the pastors and their admonitions and orthodoxies and in return they receive acceptance into the community. They toe the line politically and they receive further acceptance. Their giving of religious and political support to church and ministry ultimately gains them heaven. The words and examples of Jesus are no match for a people living the American Dream as they define it -- a world devoid of empathy and compassion but empowered by judgement and strangely, materialism.

So, no it's not really very hard to see why the racist called me a "liberal" or why the pastor called me a heretic. Care evidently is an awful burden to bear.

Evangelicals proudly mix politics and religion. Current evangelicalism is not compatible with a pluralistic Democratic Republic. Evangelicals gave us Donald Trump. They created, for themselves, a magically substantive man out of very thin, soiled cloth -- Donald Trump is an evangelical Golem. Liberals/Progressives must vote in all elections going forward: local, state and national. It is crystal clear, when looking at the world today, why separation of church and state is a national imperative if we truly want domestic tranquility.

The chilling thing about my personal experiences with being called a "liberal" is that my fellow Americans, smiling or not, hated me and what I represent and are being taught this in their churches. It was precisely this type of activity that motivated the nineteen men to create death and destruction on September 11, 2001.

Related Topic(s): Abomination; Bible; Capitalism; Chip Roy; Cult; Evangelical; Liberalism; Liberals; Materialism; Religion; (more...) Republican, Add Tags  (less...)
Add to My Group(s)
Go To Commenting
The views expressed herein are the sole responsibility of the author and do not necessarily reflect those of this website or its editors.