Austerity and an anti-immigrant blockade left Italy with an older population and underfunded health care. Could the same happen here? 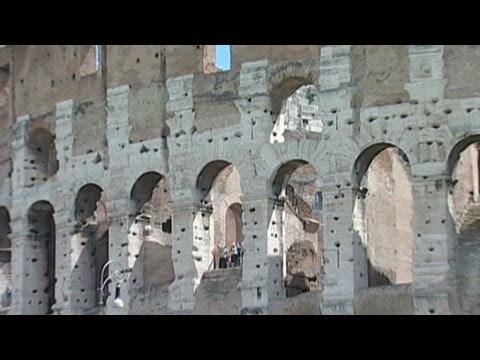 As the viral blitzkrieg rolls across one European border after another, it seems to have a particular enmity for Italy. The country's death toll has passed China's, and scenes from its hospitals look like something out of Dante's imagination.

Italy has the fourth largest economy in the European Union, and in terms of health care, it is certainly in a better place than the United States. Per capita, Italy has more hospital beds so-called "surge capacity" and more doctors and more ventilators. Italians have a longer life expectancy than Americans, not to mention British, French, Germans, Swedes, and Finns. The virus has had an especially fatal impact on northern Italy, the country's richest region.

There are a number of reasons why Italy has been so hard-hit, but a major one can be placed at the feet of former Interior Minister Matteo Salvini of the xenophobic, right-wing League Party and his allies on the Italian right, including former prime minister Silvio Berlusconi.

Italy has the oldest population in Europe, and one of the oldest in the world. It did not get that way by accident.

Right-wing parties have long targeted immigrants, even though Italy's immigrant population a little over 600,000 is not large by international standards. Calling immigrants a "threat to European values" has been the rallying cry for the right in France, Germany, Hungry, Poland, Greece, Spain, the Netherlands, and Britain as well.

In the last Italian election, the League and its then ally, the Five Star Movement, built their campaigns around resisting immigration. Anti-immigrant parties also did well in Spain, and certainly played a major role in pulling the United Kingdom out of the EU.

Resistance to immigration plays a major role in "graying" the population. Italy has one of the lowest birthrates in the world, surpassing only Japan. The demographic effects of this are "an apocalypse," according to former Italian Health Minister Beatrice Lorenzin. "In five years," she continued, "we have lost more than 66,000 births" per year more than the population of the city of Siena. "If we link this to this increasingly old and chronically ill people, we have a picture of a moribund country."

According to the World Health Organization, the ideal birth-death replacement ratio in advanced countries is 2.1. Italy's is 1.32., which means not only an older population, but also fewer working age people to pay the taxes that fund the social infrastructure, including health care.

As long as there is no major health crisis, countries muddle though. But when something like the coronavirus arrives, it exposes the underlying weaknesses of the system.

Some 60 percent of Italians are over 40, and 23 percent are over 65. It is demographics like these that make Covid-19 so lethal.

Conn M. Hallinan is a columnist for Foreign Policy In Focus, "A Think Tank Without Walls, and an independent journalist. He holds a PhD in Anthropology from the University of California, Berkeley. He oversaw the (more...)
Related Topic(s): Aging; Austerity; Corona Virus Coronavirus Covid-19; Debt; Health; Immigration; Population, Add Tags
Add to My Group(s)
Go To Commenting
The views expressed herein are the sole responsibility of the author and do not necessarily reflect those of this website or its editors.