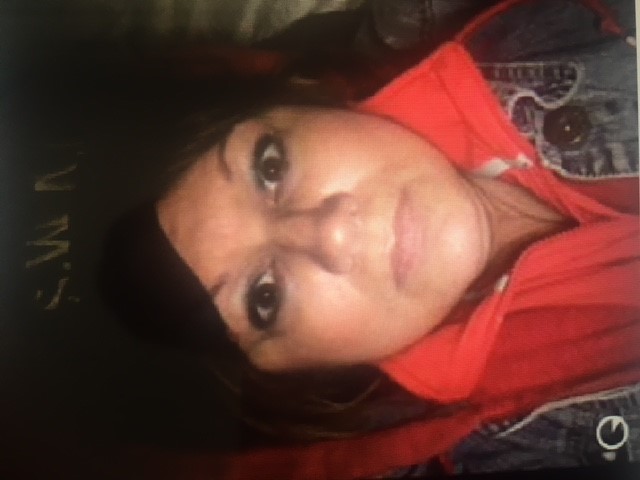 Kelly Miller is an eastern Kentucky coal mountain woman fighting for her justice in the nation's capital thru a series of local and federal litigation civil actions with criminal actions beginning prosecution in the very near future. In August 2011 Kelly was devastated to find out she was a victim of sex trafficking discovering illegal cameras had been placed throughout her home without her knowledge or permission videoing her every move and streaming the footage to an illegal underground voyeurism web site for no less than the previous 8 years.

Kelly immediately began fighting for her justice against those who were responsible for the criminal acts targeted against her; however, many of the guilty in the criminal acts were wealthy men and women who used their influence to block Kelly's path to justice, and STILL Kelly persevered as a pro se litigate to receive a guilty verdict in Jackson, Kentucky, in 2013 in a criminal court with judge Franklin Fletcher stating "The Commonwealth of Kentucky has Committed CRIMES against You."

Despite receiving the guilty verdict the powers that be continued to deny Kelly her complete and true justice and withheld sending the guilty to federal prison, attempting to force Kelly to settle for monetary justice, yet Kelly refused to sell her integrity so Kelly came to DC to fight in federal court and secure her justice through their incarceration with the aid of the DOJ and FBI once and for all.

Kelly immediately reported the criminal acts committed against her upon her arrival here in the nation's capital and in the beginning the FBI worked with Kelly; however the tide changed and suddenly Kelly found the FBI working completely against her as one of their very own FBI Special Agents aka Phillip had used their resources to actively participate in the sex trafficking. Despite the FBI using their resources to block Kelly from receiving her justice and living her life Kelly battled on until Kelly was acknowledged for her authenticity and validated nationally for exposing FBI, law enforcement and government colluding to commit targeted RICO acts against her in a sadistic, inhumane illegal Masonic blackball.

As a direct result of Kelly's fight for justice Kelly has been homeless for almost eight years since March 2012 and while fighting the courts to secure her justice and experiencing homelessness adversity herself Kelly took on even another battle major battle to advocate for the homeless.

Despite currently being homeless herself and living on the streets of the nation's capital for the last three years, as a direct result of pursuing her personal justice from targeted crimes committed against her, through Kelly's constant and vocal lobbying and advocacy she has been nominated consecutively for three years by national organizations as a viable candidate for the EPA/Environmental Justice NEJAC seat (National Environmental Justice Advisory Committee).

Since bringing her personal search for justice to the nation's capital and successfully exposing a targeted blackball made up of law enforcement and government individuals that began in Kelly's home state of Kentucky following her to the nation's capital, Kelly has been busy advocating for her justice as well as speaking out for others' basic human rights. Kelly provided personal testimony before the Inter American Commission for Human Rights in April 2016 (https://www.bing.com/videos/search?q=video+of+iachr+hearing+on+access+to+water+april+4+2016&view=detail∣=2427E2F70B84B16A27182427E2F70B84B16A2718&FORM=VIRE) and several various national and governmental events before United Nations Special Rapporteurs, government representatives including the general public to bring enlightenment and awareness educating and enlightening others on the Reality of Homelessness and Violations of Basic Human Rights.

In the fall of 2016 Kelly was contacted by a EPA EJ/NEJAC chair member who had met Kelly at a separate USHRN conference and who asked Kelly if sponsorship was provided would she be willing to attend the EPA EJ 2016 National Training and Resources Summit "Revitalizing Vulnerable Communities" held in Arlington, Virginia, October 25th - 26th. Kelly of course agreed to go as an observer to network and partner with other advocates.

The 1st day of the summit was extremely disappointing as Kelly said she found NO mention of homelessness was included in the agenda or the daily conversations regarding "Revitalizing Vulnerable Communities". Instead the conversations centered around hurricanes, floods and other "natural disasters", referring to the victims of these unfortunate events as being "vulnerable communities". However disappointed from the lack of attention to the homeless community Kelly remained optimistic for a inclusion of representation at the second day's event.

Kelly returned that night to her cold damp place on the street under the sparse shelter, the overhang of the Metro entrance provided where she normally slept, and as Kelly approached her nightly sleeping area she looked among those fellow unhoused individuals sleeping around her and she saw the various demographics represented, black, white, brown, yellow both female and male with various ranges of ages, and Kelly said to herself now "THIS" IS a vulnerable community.

The 2nd day of the summit again remained absent of ANY mention of homelessness being a vulnerable community. Kelly herself with personal experience knew firsthand the unsheltered homeless are exposed to the vast dangerous elements of climate issues on a twenty-four-hour basis and they are the considered to be the "canary in the mine" when it comes to environmental justice issues. If there is an environmental justice issue being faced the unhoused/homeless are there at the forefront experiencing it full force without relief.

Kelly is an active advocate for Political Corruption, Sex Trafficking, Human Rights, Social Justice and Homelessness. Kelly summited a report of targeted withholding of medical services by Virginia hospital and the NLG added it to their report (more...)