Putin and Trump are meeting in this July week of 2017. From his heavenly chair, a craggy American hero is beaming them to collaborate and build an alliance of troopers.

Both Putin and Trump know of Abe Lincoln. One of them has probably read a lot about Lincoln and probably knows that strategically-wise Lincoln often thought that with enemies, sometimes one must:

- stand on one's head to see their world view,

- run to rather than from enemies,

- raise a barn with them, and eat and drink afterwards to laugh and appreciate accents.

You may believe that Russia is our most dangerous national security threat. Putin is a thug intent on KGBizing the world, and that Trump is in cahoots with him; but should that stop Trump and Putin from flipping the world into better shape by thinking and acting upon Honest Abe's words?

"Do I not destroy my enemies, when I make them my friends?" 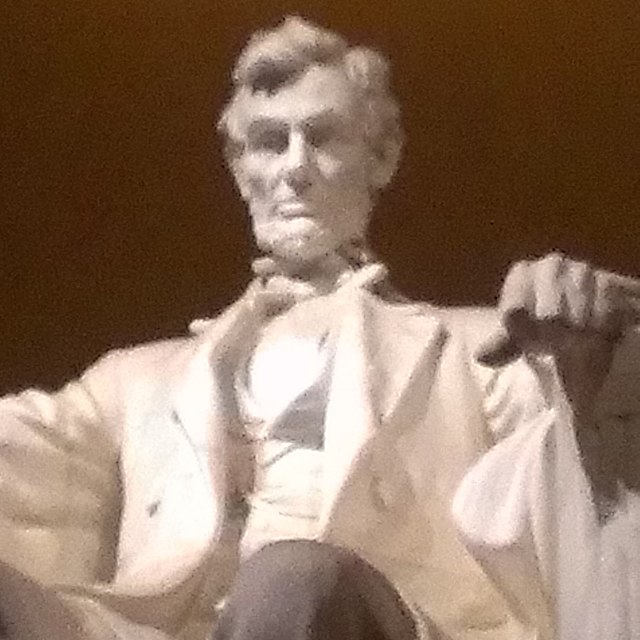 Look at the world's beautiful kids and grandkids. Think 30 - 40 years out. Would the world be safer and healthier if during those future decades tens of thousands of Americans and Russians served and roomed together as Joint Peace Corps Volunteers (JPCVs) in schools, health clinics, refugee camps, drought-stricken African states, bombed-out portions of Yemen, Palestine, Syria, etc.? 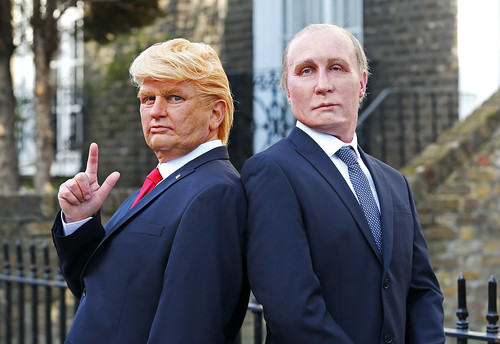 Putin & Trump back each other into peacefull world.
(Image by TaylorHerring)   Details   DMCA

Wouldn't it be beneficial to have another public policy option for Putin and Trump --like sending in the Joint U.S.-Russian Peace Corps?

Icons, from the Peace Corps' first director, Sargent Shriver, through John and Ted Kennedy, were fond of saying: "It's better to send in the Peace Corps, than the Marine Corps."

Both "Corps" can provide wonderful experiences, but aren't we over-taxing one while failing to build a sufficiently large Peace Corps and a robust National Service Corps? Do we have sufficiently sized corps to peacefully win hearts and minds, reduce terrorist recruitment, address climate change, help in elder homes and hospitals, deal with future pandemics, etc.?

STAY IN THE KNOW
If you've enjoyed this, sign up for our daily or weekly newsletter to get lots of great progressive content.
Series: "Goodwill hunting"