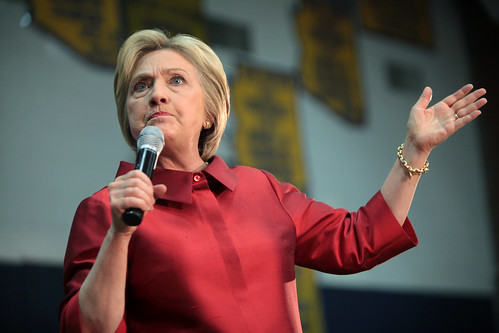 The baseless suggestion from Hillary Clinton that Democratic presidential candidate Tulsi Gabbard is a Russian asset is the predictable response of a faction of party elites, which remain desperately invested in the unfounded Russiagate narrative that President Donald Trump was an agent of Moscow.

Opposition to wars and support for socially democratic policies has surged within the Democratic Party. Leading presidential candidates include Senators Bernie Sanders and Elizabeth Warren. Former Vice President Joe Biden is treading water, few centrist liberals have polled higher than single digits in the primary, and they are unsure of which candidate to align behind.

So Clinton and other Democrats fell back on a strategy they have used since the 2016 election to avoid reflecting on their dwindling support: spread fear that Russia will "invade" the 2020 election.

A feature of this strategy is the McCarthyism that it naturally fuels. It helps Democratic elites maintain the confines for how far they are willing to be pushed by the grassroots insurgency at the base of the Democratic Party. Any prominent figure who engages in a debate or pushes an agenda that goes beyond what they will allow is conveniently a favorite of Russian bots or trolls, or worse, a witting or unwitting asset of the Russian government.

Their strategy has poisoned U.S. press coverage of Gabbard's presidential campaign since the day she announced her candidacy, and it has helped Democrats single out Gabbard as the primary candidate who the Russian government is most likely to back to undermine the party's potential to defeat Trump.

David Plouffe was the campaign manager for President Barack Obama's 2008 presidential campaign. He hosts the podcast, "Campaign HQ," and released an episode featuring Clinton on October 17.

"I'm not making any predictions, but I think [Russia's] got their eye on somebody who's currently in the Democratic primary. And they're grooming her to be the third party candidate," Clinton said. "She's the favorite of the Russians. They have a bunch of sites and bots and other ways of supporting her so far. And that's assuming Jill Stein will give it up, and she might not because she's also a Russian asset."

Plouffe agreed with Clinton's assessment of Stein and did nothing to pushback on the baseless assertion that Gabbard is a Russian asset. In fact, after Clinton completed her specific remark, he cut to a commercial, which gave listeners a break to stew on her astonishing allegation.

The day of the debate Bakari Sellers, a former surrogate for Clinton's 2016 campaign, appeared on CNN. He shocked CNN political analyst April Ryan, as well as CNN anchor Alisyn Camerota, by previewing the attack Clinton deployed on Plouffe's podcast.

"There is a chance that Tulsi is not just working for the United States of America, but I digress," Sellers hinted.

Ryan reacted, "Wait a minute, what?" Everyone appearing in the segment recognized this was a damning allegation that required proof or else it would effectively be slanderous.

Sellers continued, "I firmly believe that Tulsi Gabbard stands on that stage as the antithesis to what the other 11 individuals stand for, especially when it comes to issues such as foreign policy. There's no question, there is no question that Tulsi Gabbard, of all the 12, is a puppet for the Russian government."

Kevin Gosztola is managing editor of Shadowproof Press. He also produces and co-hosts the weekly podcast, "Unauthorized Disclosure." He was an editor for OpEdNews.com
Related Topic(s): Gabbard-Tulsi; Hillary As Warmongering Hawk; Hillary Clinton, Add Tags
Add to My Group(s)
Go To Commenting
The views expressed herein are the sole responsibility of the author and do not necessarily reflect those of this website or its editors.