This article was originally published on MintPress News. 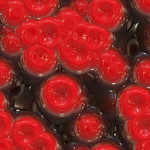 Blood has become big business in the United States and there is no shortage of corporations ready to exploit America's most vulnerable populations in order to get a piece of the pie.

For much of the world, donating blood is purely an act of solidarity; a civic duty that the healthy perform to aid others in need. The idea of being paid for such an action would be considered bizarre. But in the United States, it is big business. Indeed, in today's wretched economy, where around 130 million Americans admit an inability to pay for basic needs like food, housing or healthcare, buying and selling blood is of the few booming industries America has left.

The number of collection centers in the United States has more than doubled since 2005 and blood now makes up well over 2 percent of total U.S. exports by value. To put that in perspective, Americans' blood is now worth more than all exported corn or soy products that cover vast areas of the country's heartland. The U.S. supplies fully 70 percent of the world's plasma, mainly because most other countries have banned the practice on ethical and medical grounds. Exports increased by over 13 percent, to $28.6 billion, between 2016 and 2017, and the plasma market is projected to "grow radiantly,"according to one industry report. The majority goes to wealthy European countries; Germany, for example, buys 15 percent of all U.S. blood exports. China and Japan are also key customers.

It is primarily the plasma a golden liquid that transports proteins and red and white blood cells around the body that makes it so sought after. Donated blood is crucial in treating medical conditions such as anemia and cancer and is commonly required to perform surgeries. Pregnant women also frequently need transfusions to treat blood loss during childbirth. Like all maturing industries, a few enormous bloodthirsty companies, such as Grifols and CSL, have come to dominate the American market.

But in order to generate such enormous profits, these vampiric corporations consciously target the poorest and most desperate Americans. One study found that the majority of donors in Cleveland generate more than a third of their income from "donating" blood. The money they receive,notes Professor Kathryn Edin of Princeton University, is literally "the lifeblood of the $2 a day poor." Professor H. Luke Schaefer of the University of Michigan, Edin's co-author of $2 a Day: Living on Almost Nothing in America, told MintPress News:

The massive increase in blood plasma sales is a result of an inadequate and in many places non-existent cash safety net, combined with an unstable labor market. Our experience is people need the money, that's the primary reason people show up at plasma centers."

Almost half of America is broke, and 58 percent of the country is living paycheck to paycheck, with savings of less than $1000. 37 million Americans go to bed hungry, including one-sixth of New Yorkers and almost half of South Bronx residents. And over half a million sleep on the streets on any given night, with many millions more in vehicles or relying on friends or family. It is in this context that millions in the red have turned to selling blood to make ends meet. In a very real sense then, these corporations are harvesting the blood of the poor, literally sucking the life out of them.

Almost half of America is broke, and 58 percent of the country is living paycheck to paycheck, with savings of less than $1000. 37 million Americans go to bed hungry, including one-sixth of New Yorkers and almost half of South Bronx residents. And over half a million sleep on the streets on any given night, with many millions more in vehicles or relying on friends or family. It is in this context that millions in the red have turned to selling blood to make ends meet. In a very real sense then, these corporations are harvesting the blood of the poor, literally sucking the life out of them.

MintPress News spoke to a number of Americans who consistently donated plasma. Some of them did not want to be fully identified. But none were under any illusions about the system and how they were being exploited.

"The centers are never in a good part of town, always somewhere they can get a never ending supply of poor people desperate for that hundred bucks a week," noted Andrew Watkins, who sold his blood in Pittsburgh, PA for around 18 months.

The people who show up are a mix of disabled, working poor, homeless, single parents, and college students. With the exception of the college students who are looking for booze money, this is probably the easiest and most reliable income they have. Your job may fire you at any time when you're on this level of society, but you always have blood. And selling your blood doesn't count as a job or income when it comes to determining disability benefits, food stamps, or unemployment eligibility so it's a source of money for the people who have absolutely nothing else."

Rachel from Wisconsin, who donated hundreds of times over a seven-year period, also commented on the obvious socio-economic makeup of donors.

We were poor, all of us in there you could easily tell that we were on the lower ends of the income bracket. They incentivize you with bonuses and the more you donate in a month the more you'll get paid, recruiting friends bonuses, holiday bonuses, etc."

Keita Currier from Washington, D.C., noted how she and her husband had little choice but to continue visiting clinics in Maryland for years but resented their payment methods.

They're predatory, the price set for your plasma is based on a whim. For example, one place I donated the first five times you get $75, then you get 20, 20, 30, 50, 25. It's random, it doesn't matter, but they know you are desperate and if you don't do your $30 donation you won't get your 50 next time. Apparently, the plasma is worth something in the hundreds, so it is not surprising that you're screwed over."

Related Topic(s): Blood; Blood Money, Add Tags
Add to My Group(s)
Go To Commenting
The views expressed herein are the sole responsibility of the author and do not necessarily reflect those of this website or its editors.