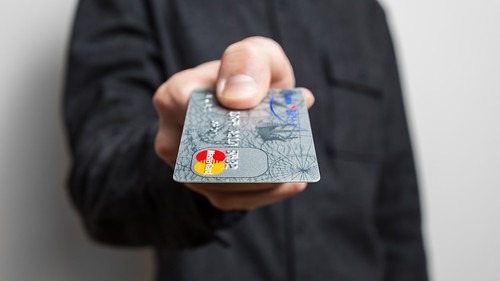 No cash, no problem
(Image by cafecredit)   Details   DMCA

Summertime is well and truly here, and for many of us, that means sunny vacations. Disneyland? Florida? A European adventure?

But for tens of millions of Americans, there will be none, because they cannot afford one. A new and widely reported poll from financial services company BankRate.com found that over one in four people are forgoing a vacation, primarily because they cannot pay for it.

The average expected cost of a vacation, for those planning one, was $1,979. But, as a well-publicized survey found, the large majority of millennials (and a majority of Americans overall) are living paycheck-to-paycheck and could not even afford a $1,000 emergency, let alone a $2,000 luxury.

Commenting on BankRate's poll, CNBC (4/25/19) provided its audience with "expert" financial advice on how to better afford a vacation, ranging from the bland "watch what you spend" or "have a staycation" to the insultingly obvious "make more money": Simply "add income streams," CNBC suggests. That way, writer Megan Leonhardt notes, we could earn between $1,000 and $10,000 extra per month that we could use to invest. How easy if only the majority of Americans had thought of that!

The recommendations go full galaxy-brained in a section entitled "how the right credit card could help," where Ted Rossman an employee of BankRate, whose business model relies on signups to credit cards explains, "There's still time to turn a sign-up bonus and ongoing Fox News' story (4/29/19) on the same subject was even more enthusiastic about using credit cards to pay for your vacation, naming specific cards Rossman recommends, which he says offer "lucrative ongoing rewards." Thus a story that began by detailing the financial woes of the poor seemed to turn into an extended credit card commercial.

Covering the same survey, Forbes (4/25/19) even provided hyperlinks to the credit card webpages where you can sign up for them, without any disclaimer at all about overspending. This feature also appeared, largely word-for-word, in many local news outlets (e.g. WTOP Washington DC, 4/25/19; Billings Gazette, 4/27/19; Great Falls Tribune,6/19/19).

This is a common phenomenon in modern media. Competition from online advertising has led to a financial crisis for the press. Total US newspaper advertising revenue dropped from $49.3 billion in 2006 to an estimated $14.3 billion in 2018, with little to no growth in circulation revenue. As a consequence, newsroom employees have halved over the same time period, but journalists are expected to produce more content than ever, and with fewer resources. Into the vacuum has stepped the public relations industry, to the point where there are now six PR agents for every journalist.spending rewards into a free or discounted trip."

Under greater time pressure than ever, media resort to rewriting or copying and pasting press releases, then branding them as news. At the same time, advertorials paid advertisements presented as newsare becoming an increasingly common way for media to increase their income.

Advertorials work. The general public has great difficulty distinguishing between paid for content and traditional news. A Reader's Digest study found news consumers were 500 times more likely to read an advertorial than a traditional advertisement, and that advertorials generated 81 per cent more sales than standard commercials. Were the BankRate stories advertorials, or simply media lazily repeating PR? CNBC responded with a comment that suggested it was an organic story, while Fox did not reply.

Either way, Americans are in perilous financial straits, and millions are trapped in debt. Media should not be handing out highly questionable recommendations for the sake of extra content. There could be expensive consequences for those who take advice from cheap news.

Related Topic(s): Advertising, Add Tags
Add to My Group(s)
Go To Commenting
The views expressed herein are the sole responsibility of the author and do not necessarily reflect those of this website or its editors.