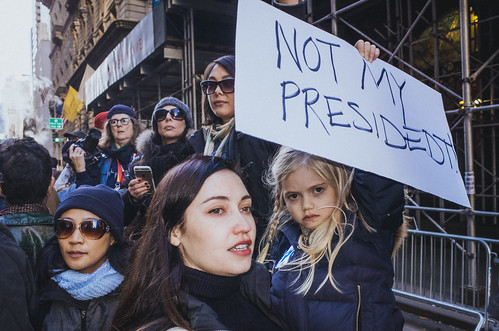 With the House Judiciary Committee poised to take up the impeachment baton and hold a new round of public hearings this month, the Beltway press continues to absorb and echo Republican talking points that claim the inquiry isn't resonating with Americans. Because impeachments aren't legal proceedings, the messaging wars that surround them take on added importance. And right now, by treating as no big deal the fact that basically half the country supports removing the president of the United States from office, the media is greatly helping Republicans spread their preferred impeachment message: The inquiry isn't resonating.

"It's a disappointing -- if not unexpected -- response for Democrats, who had hoped to use the hearings to sway public opinion," the Associated Press recently reported, suggesting impeachment has been a political failure for Democrats because the hearings in recent weeks have not produced a tidal wave of public support. "Without that backing, it's virtually impossible to imagine Republican senators voting to convict Trump."

Since Democrats announced their intention to hold impeachment hearings, public support for the inquiry has jumped 16 points, according to the tabulation at FiveThirtyEight, with public support for Trump's removal from office increasing by seven points. That's solid confirmation that Americans are engaged on the issue and support the historic Democratic push to hold Trump accountable. It's especially impressive during these polarizing times, when partisans remain so entrenched on most issues.

But much of the press coverage treats this development with a shoulder shrug, stressing that since the start of the impeachment hearings, the polls haven't budged. But that premise is built on the fantasy that there was ever going to be a floodgate -- or an a-ha! -- moment where the masses raised up against Trump. That, of course, is not mathematically possible because the vast majority of today's Republican Party, including elected officials, has essentially adopted the radical position that Trump can do no wrong: that there are no crimes or misdemeanors that Trump should be held accountable for. Indeed, 68% of Republicans say there's nothing that could emerge from the hearings that would change their mind about impeachment.

Related Topic(s): Impeachment; Media; Polls; Trump Apologists; Trump Claims Innocence; Trump Crime; Trump Prosecution, Add Tags
Add to My Group(s)
Go To Commenting
The views expressed herein are the sole responsibility of the author and do not necessarily reflect those of this website or its editors.