"There is nothing more fulfilling than to serve your country and your fellow citizens and to do it well. And that's what our system of self-government depends on." Garth Brooks

It was October, about two years after the devastating Haiti earthquake, and hundreds of us at Port of Prince Airport were starting to board the big yellow Carib Buses bound to an area called Leogane, were the second half of 250 promised homes were to be built. It was the Jimmy Carter Haiti Habitat Build of 2012.

When we arrived at our tented work camp, built largely by English volunteers, many Haitian mothers seemed happy.

Bright and early each morning the 600 or so associated with the camp started the process of building houses and outhouses in the Haiti heat.

In the evenings Habitaters returned either to their posh, high rent, small tent neighborhoods or to the more social big tent, conducive to "Animal House" dorm living.

As you may note the big tents did not come with washer and dryer. They did come with machine gun armed guards every 20-30 yards on the pathway that led to the outhouses, which I guess kept us guys from aiming poorly with our pistols during midnight visits.

At the end of each workday, the lines formed immediately for the plyboard built showers with the trickle-down pressure and backed up standing water on the plyboard floor.

Even though the sweat might continue at night it was good to come to dinner with a somewhat cleaner sweat, because there might be an opportunity to be entertained by some sweaty entertainers.

Our eating tent could hold several hundreds, and it is where the lyrical part of this story starts.

We all knew that former President Jimmy Carter and Roselyn would be part of this build. We also knew when they would be coming to dinner.

If the Carters wanted a little privacy at dinner, a handful of husky guys with ears plugged would come into the big eating tent and standby a table. Within a couple minutes, the Carters and those they chose to share their table with would fill their tray from the food line and sit on the wooden boxes to dine.

During our first dinner I noticed two guys in cowboy hats sitting at the far end away from the Carters but at their table. It was rumored that country western singer Garth Brooks would be part of this build. Being the brilliant sleuth that I am, I figured one of those two guys might be Garth Brooks. Being musically handicapped, I didn't know which one, the 20-30-year-old, or the older one, knew how to fiddle.

The next night, while I was filling my mouth with nutrients, the younger guy, sans cowboy hat, sits down across from me. I can't remember his name now and don't have time to dig up my diary, so let's call him Johnny.

We start chatting, and my first question to him is, "Are you Garth Brooks"?

He laughs, which leads to the roughly remembered easy exchange that happens much more easily after sweaty work days as opposed to work days generated by IPodish stuff.

"No, the other guy was Garth Brooks," he says.

"How did you get to meet Garth and sit at the Carter table?"

"Last year I did my first Habitat Build, and I worked next to the house Garth worked on. He was very nice to me."

"You guys seem to be laughing a lot at dinner last night. Any stories you could share?" I asked, which led to the following condensed verbiage.

"Last year at the end of my first habitat build, Garth asked me if my work ever took me to Tulsa. 'No, I can't imagine my boss sending me there.'

"Well, some months later my boss calls me in and says he's sending me to Tulsa.

"I landed at the airport and, although I felt strange about it, I called, not really expecting him to answer, but he does."

"You stay right there. I'm coming to pick you up."

"It's a great visit, but finally, I say, 'I'd better get back to the airport. I need to get a car and get to the hotel.'"

He takes me to his garage, opens the door, and there's a bunch of beautiful cars, two great Jeep Wranglers, a Lincoln, Chevy king cab, beautiful old pickup trucks..."

"Hotel? Follow me," then he shows me a bunch of doors that lead to great, beautiful bedrooms.

Around the third night, after another trickle-down, late night, clogged drain, plyboard shower, with workers entering the staging area, I turned to ask the guy in a baseball hat behind me if tonight was one of the nights Garth Brooks and Trisha Yearwood were performing.

Three minutes later that baseball-hatted informant was onstage, armed only with his rocking guitar.

After returning from that Habitat Build, I did some research on Garth Brooks. My reading back then said that he was the first to miss receiving in person the CMA's (Country Music Association) Entertainer of the Year award.

When the record holding six-time winner was criticized for doing so, he replied something like, "I was on a Habitat Build. Did you expect me to miss that?"

"There is nothing more fulfilling than to serve your country and your fellow citizens and to do it well. And that's what our system of self-government depends on."

As Mother Nature wages war on the world because we spewed filth on her land, air, and sea, we need more rockers to inspire more audiences to serve in those do-good organizations that better prepare people for and recover from the ravages of the angry climate gods.

Isn't it time America had a robust, peaceful national service program that sent a million Americans a year to these already well-established do-good organizations?

To better understand why, go here http://peopleslobby.us/awsc/why/ and visit links there to learn more.

"Once you've figured out how to wait on people and clean toilets, it makes you very mindful of how you treat the people who are serving you."

...with Linda Yearwood on the Haiti Habitat stage 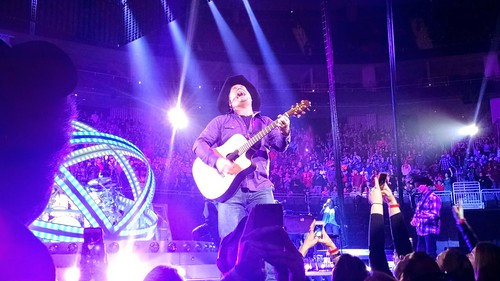