Our right to a free press is meaningless if hedge funds can gobble up and gut the community newspapers that exercise it. 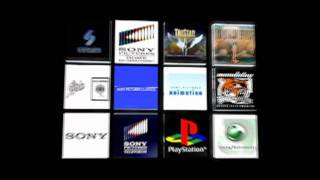 A two-panel cartoon I recently saw showed a character with a sign saying: "First they came for the reporters." In the next panel, his sign says: "We don't know what happened after that."

It was, of course, a retort to Donald Trump's campaign to demonize the news media as "the enemy of the people." But when it comes to America's once-proud newspapers, their worst enemy isn't Trump -- nor is it the rising cost of newsprint or the "free" digital news on websites.

Rather, the demise of the real news reporting by our city and regional papers is a product of their profiteering owners.

Not the families and companies that built and nurtured true journalism, but the new breed of fast-buck hucksters who've scooped up hundreds of America's newspapers from the bargain bins of media sell-offs.

These hedge-fund scavengers know nothing about journalism and care less. They're ruthless Wall Street profiteers out to grab big bucks fast.

They slash journalistic and production staff, void employee benefits, shrivel the paper's size and news content, sell the presses and other assets, and triple the price of their inferior product -- and then declare bankruptcy, shut down the paper, and auction off the bones before moving on to plunder another town's paper.

By 2014, America's two largest media chains -- GateHouse and Digital First -- weren't venerable publishers with any commitment to truth or civic responsibility. Instead, their managers believe that good journalism is measured by the personal profit they can squeeze from it.

As revealed last year in an American Prospect article, GateHouse executives demanded that its papers cut $27 million from their operating expenses. Thousands of newspaper employees suffered in large part because one employee -- the hedge fund's CEO -- had extracted $54 million in personal pay from the conglomerate, including an $11 million bonus.

The core idea of the "civic commons" is that we are a self-governing people, capable of creating and sustaining a society based on common good. A noble aspiration!

But achieving it requires a basic level of community-wide communication -- a reliable resource that digs out and shares truths so people know enough about what's going on to be self-governing. This is the role Americans have long expected their local and regional newspapers to play -- papers that are not merely in our communities, but of, by, and for them.

Of course, being profit-seeking entities, papers have commonly (and often infamously) fallen far short of their noble democratic purpose. Overall, though, a town's daily (or, better yet, two or more dailies) makes for a more robust civic life by devoting journalistic resources to truth telling.

Local ownership matters, as some 1,500 of our towns have learned after Wall Street demigods have swept in without warning to seize their paper, gut its journalistic mission, and devour its assets.

Related Topic(s): Freedom Of The Press; Journalism; Newspapers; Presstitutes; Wall Street Driven Journalism, Add Tags
Add to My Group(s)
Go To Commenting
The views expressed herein are the sole responsibility of the author and do not necessarily reflect those of this website or its editors.