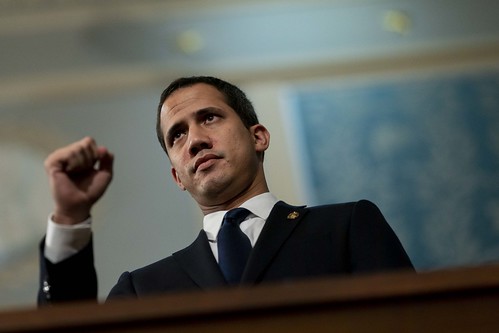 Capriles claimed that currently "the opposition has no leadership."

Former two-time presidential candidate Henrique Capriles has demanded a change of strategy for the Venezuelan opposition.

In an interview with the BBC, Capriles argued for a "reconstruction" of the opposition following December 6th government victory in National Assembly (AN) elections. He claimed that the current plan led by US-backed Juan Guaido is "finished" and stressed that Washington's stance will be "crucial."

"The new [Biden] administration has to understand that this plan has run its course and it cannot keep the status quo: the [Guaido] 'interim presidency'," Capriles said, adding that the opposition could "disappear as an alternative" if there is no change of course.

The December 6 elections delivered an overwhelming parliamentary majority for the ruling United Socialist Party (PSUV) and allies for the 2021-2025 term, but turnout stood only at 30.5 percent of the electoral roll after mainstream opposition parties boycotted the vote. The results were endorsed by an international observation mission.

Capriles, who served two terms as Miranda State governor, argued that the low turnout reflected the Venezuelan population's "weariness" towards politicians and claimed the international community would not see the process as "legitimate."

The veteran leader and allied figures had previously caused a rift within the opposition when they held talks with international brokers with a view towards taking part in the elections, but ultimately decided against it. However, the Justice First party founder insisted on the need to "align" the international community towards an "electoral calendar" featuring both presidential and parliamentary contests.

The former presidential candidate also voiced severe criticisms at former AN President Juan Guaido, though stressing it was "nothing personal."

"When Guaido was the main figure, I backed him, but we can't turn a blind eye to mistakes. Attempting to overthrow the government from the Altamira overpass, please!" he said in reference to the April 30, 2019 failed military putsch.

Opposition lawmaker Guaido proclaimed himself "interim president" in January 2019 and led several attempts to oust the government by force. In May 2020 he was alleged to have backed a failed paramilitary incursion featuring US mercenaries. His popularity and standing within the anti-government forces quickly eroded following a string of scandals.

Guaido and his associates rejected the recent parliamentary elections and vowed to "extend" the term of the outgoing National Assembly, with the newly elected one constitutionally mandated to take office on January 5, 2021.

The hardline opposition sectors have instead organized a "popular consultation," asking backers whether they reject the recent elections, demand an end to President Maduro's "usurpation" and call for action from the international community to oust the government.

The consultation has taken place via digital apps such as Telegram, with an in-person component scheduled for Saturday. Nevertheless, no details on audits or oversight surrounding the process have been detailed, while social media users have shown it is possible to vote from abroad or using Venezuelan identity cards found online.