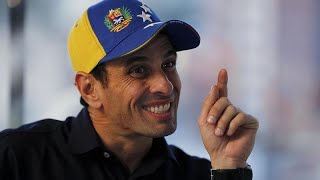 "Your participation in this process will have a positive contribution to an atmosphere of democratic understanding between Venezuelans and support political, peaceful and negotiated solutions to existing issues," the letter read.

At the time of writing there have been no reactions from either the UN or the EU. While both have previously voiced support for dialogue processes, the European bloc recently vowed not to recognize the parliamentary election, which will elect 277 deputies for the 2021-2026 term.

The appeal to the international instances comes on the heels of President Maduro granting pardons to 110 opposition figures. This includes a number of AN deputies and other leaders charged or convicted for taking part in activities such as the violent "guarimba" street protests, the 2018 assassination attempt against Maduro, or the April 30, 2019 failed putsch.

The electoral scenario has also led to bitter infighting amongst the opposition ranks. On Wednesday, two-time former presidential candidate Henrique Capriles called on opposition leader Juan Guaido to stop "playing at government on the internet."

"Either you're the government, or you're the opposition. You can't be both," he said during an online broadcast.

"These negotiations were held without the knowledge and permission of the 'Interim Government' and our international allies," read a statement published by Guaido's office.

The opposition lawmaker proclaimed himself "interim president" in January 2019 and was immediately backed by Washington and its allies. He went on to lead several unsuccessful efforts to overthrow the government by force, but a host of scandals saw his position increasingly questioned by other high-ranking opposition figures.

Related Topic(s): Sanctions; Venezuela; Venezuela Coup, Add Tags
Add to My Group(s)
Go To Commenting
The views expressed herein are the sole responsibility of the author and do not necessarily reflect those of this website or its editors.