Venezuelan analyst Reinaldo Silva looks at the legality of the National Assembly's latest attempt to push the country back into the US-led military treaty.

Last Tuesday, Venezuela's opposition-controlled and defunct National Assembly voted to reincorporate the country into the Inter-American Reciprocal Assistance Treaty (TIAR), which stipulates a common defense principle for the countries of the Americas in the case of outside attack.

The move was quickly criticised by the government of Nicolas Maduro, who described it as "degrading" and "decadent," as well as being "the first step towards calling for a Latin American invasion into Venezuela." The National Assembly President Juan Guaido has previously gone on the record as supporting calls for foreign military action in Venezuela to achieve his regime-change objectives, including a recent appeal to the US Southern Command.

The Latin American country's Supreme Court also ruled on the National Assembly decision on Friday, declaring it to be illegal and unconstitutional. The court decision was based on article 236 of the Constitution, with Judge Juan Mendoza, head of the Constitutional Chamber of the Supreme Court, explaining that "The attempt to reincorporate Venezuela into the TIAR is nullified [and thus] lacking in validity and juridical effect."

The Inter-American Reciprocal Assistance Treaty (TIAR) was signed in Rio de Janeiro in 1947 after World War II. It was founded as a system of mutual military assistance between Organisation of American States (OAS) members, in which it was established that in the event that a country in the region was attacked by a foreign nation, it would be considered an attack on all of the states of the Americas.

The treaty was not invoked when Argentina confronted Britain in the Falklands war in 1982, with the United States blatantly supporting the British.

In 2012, Venezuela, together with the governments of Bolivia, Ecuador and Nicaragua, withdrew from the TIAR during the 42nd OAS assembly in Cochabamba [1].

The decision followed criticism from the Bolivarian Alliance for the Peoples of Our America (ALBA) at the meeting. ALBA nations advocated reforming the inter-American human rights system and the OAS itself, which they accused of being an instrument of US power. The Cochabamba assembly was characterized by acute differences between ALBA members on one side and the United States and Canada on the other. 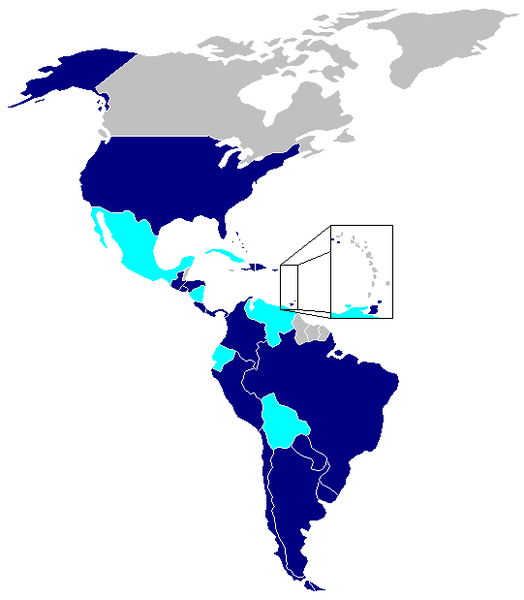 The legal nature of any international treaty is, however, based on the consent of the parties, the will expressed by the states, and, as we know and our constitution reaffirms, the state is represented by the President of the Republic.

Venezuela's Constitution reads: "Article 187. It corresponds to the National Assembly: ... 18. Approve by law international treaties or conventions carried out by the National Executive...".

Someone who proclaimed himself president is not, nor can he be, the ruler of Venezuelans.

Likewise, the National Assembly has been declared in contempt of court for several years.

This means that figures which have no legal standing nor support from the people have no authority to commit Venezuela to, and much less invite, a foreign invasion. Only President Nicola's Maduro can sign these international treaties, and in this case it must be approved by [all-powerful state body] the National Constituent Assembly.