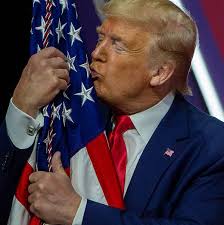 and denying the reality of any unfavorable reports or evidence, and we did nothing.

Then they came for the "aliens" and immigrants, and though concerned, we did nothing.

Then they came for judges whose legal rulings prevented the separation and caging of migrant children at the border, and, though protesting, we did nothing.

Then they came for Homeland Security officials whose warnings of Russian election interference they rejected, and though surprised, we did nothing.

Then they came for the FBI Director who would not pledge complete loyalty, but it was 'complicated', and other concerns were cited, and we did nothing.

Les Adler is professor emeritus of history in the Hutchins School of Liberal Studies at Sonoma State University. A specialist in twentieth century American history, his academic publications have dealt with America during the Cold War Era and on (more...)
Related Topic(s): Corruption; Democracy; Election; Facts; First Amendment Redress Of Grievances; Media; Pandemic; Protestors; Recusal; Security; (more...) They Stray You Pay; Trump; Voting, Add Tags  (less...)
Add to My Group(s)
Go To Commenting
The views expressed herein are the sole responsibility of the author and do not necessarily reflect those of this website or its editors.

STAY IN THE KNOW
If you've enjoyed this, sign up for our daily or weekly newsletter to get lots of great progressive content.
Series: "Trump's War of The Worlds"