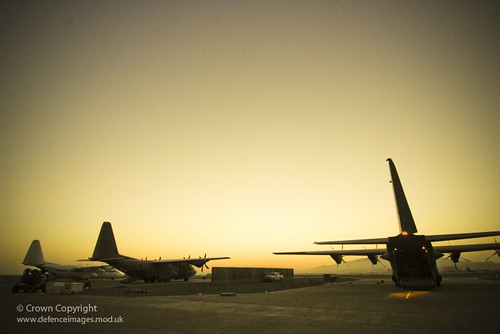 I am in my comfort zone. Everything around me is falling apart. I am suffused with the warm and fuzzies, bathed in the sepia tones of my childhood, luxuriating in the precipitous decline of a great Empire and contemplating the end of the world.


I grew up post-WW2, in the still beating heart of the British Empire. There was a grocery store chain called 'Home & Colonial'. Our butter came from New Zealand, cheese from Australia, tea from India and tapioca from Africa. The slightly scruffy, pre-war red cloth-bound atlases we used in primary school had their inside pages awash in pink - the color that signified land that lay within the British Empire. As school boys, our thoughts remained in the clouds of glory that trailed from the Second World War - our heroes were commandos, fighter pilots and Navy captains portrayed on still predominantly black and white film, and described in children's comic papers such as Lion (literary home of WWII Spitfire ace, Paddy Payne) and the young-adult novels of W.E. Johns, who immortalized Biggles, an ageless pilot who flew everything from the Sopwith Camel in WWI to the Hawker Hunter, a British post-war jet fighter.

These were strange times, when the decaying Empire still fancied it had a future -poignantly epitomized in Eagle - the comic paper home of the intrepid British space explorer, Dan Dare, and when a sporty British bicycle was named Blue Streak, after a short-lived and short-range ballistic missile that was to be the launch vehicle for Britain's independent nuclear weapon.

The imminent collapse of Empire was apparent after WWII when Britain faced the new global reality of transcendent American military, political and financial power. Its evident decline was nevertheless cushioned by the creation of the British Commonwealth, in 1949, as a familial, supranational organization - the official legatee of Empire. It was based on economic agreements, sporting contests, a nostalgic allegiance to the throne, and made coherent by a shared heritage of colonial occupation. The organization continues to be celebrated for its equanimity rather than and its belligerence and affords the Queen and other members of the Royal household myriad opportunities for demonstrating multicultural noblesse oblige.

On May 23rd. 1953, Edmund Hilary, a New Zealander, and Tenzing Norgay, a Sherpa (a transnational ethnic minority with roots in both Nepal and India, the latter being the largest country in the Commonwealth), become the first climbers to reach the summit of Mount Everest. A little over a week later, on June 2nd, a new Queen was crowned. The celebratory bonfire in our tiny village on London's distant southern fringe remains faintly in my memory while she remains on a beleaguered throne - the myth of monarchy and my memory both much dimmed by circumstance and time.

The conquering of Everest and the Coronation generated vast media attention throughout the English-speaking world. The hoopla was only eclipsed, sixteen years later, when Neil Armstrong and Buzz Aldrin landed on the moon - as part of the Apollo program initiated by Kennedy in 1963. These spectacles may forever stand as the climactic acts of the dying Empires they each honored.

The military defeat that sealed the fate of Britain as a declining, second-rate power, was Suez, where Britain, France and Israel failed in their attempt to reassert control of the canal, in the fall of 1956, after its seizure by the Egyptian nationalist upstart Colonel Nasser - a humiliation of which Eisenhower remained a passive observer. This lives in my memory as convoys of Land Rovers, armored personnel carriers, and tanks, all painted in desert camouflage, trundling through our village en-route to Portsmouth for their shipment to the Middle East.

The decline of the American Empire has similarly occurred under my entirely innocent gaze, bookended by its defeats in Vietnam and now in Iraq and Afghanistan. Full Disclosure: I was subject to the military draft in Australia in 1970, the only Commonwealth country to offer support (in a non-combat role) to the Americans in their proxy war with the Vietcong. In the event, my number did not come up. In further disclosure, I would have cheerfully submitted to the administrative warrant had its shadow fallen on me, not enticed by the spurious glamour of battle, early inculcated as noted above, but because of a profound historicist curiosity about the ways of the world.

The central facts of the 20th Century are these: the last-gasp wars of competing
European Empires that had arisen in the nineteenth century devolved, by the mid-twentieth, into a titanic ideological struggle between socialism and capitalism resulting in the eventual triumph of an epic global materialism. This was largely facilitated by the technological advances that were achieved under the duress of the century's hot and cold wars. A quarter century after the end of WWII, the totalitarian impulses of its primary protagonists, Left (Communist) and Right (National Socialist), were co-opted by a neoliberal 'center' that emerged in nations of the West inspired by the work of the Austrian economist Friedrich Hayek. Hayek believed that the unfettered operation of the 'free market' offered the only alternative to The Road to Serfdom, the title of his first book, published in 1944 and written in the shadow of the Anschluss. By the end of the century, that alternative was fully revealed as the tyranny of late capitalism.

As Wendy Brown shows, neoliberalism, the ideological engine that drives twenty-first century capitalism, undermines both politics and democracy. Politics functions as the ideology's entertainment division - the opium of the middle classes. The faux drama of combative political parties and fiercely antagonistic political personalities is set within a construct that attempts the emotional and intellectual commitment of a powerless population suborned by the deceitful mechanism of voting. This charade is endlessly documented by the lamestream press - the WaPo and NYT, the broadcast Networks, CNN, MSNBC, and most insidious of all, NPR and PBS. The toxic sludge that settles out from all this bloviation dulls the senses and terminally irradiates the critical faculties of those who follow the sad saga of our make-believe democracy - rendering them entirely receptive to a process Chomsky called Manufacturing Consent, by which the governed concede their agency to the oligarchy.

The British Empire reached its apotheosis in the nineteenth century, but its long decline spanned two world wars in the twentieth. In the post-war period, ruinously indebted to the United States, the realization dawned that its job was to divest itself of Empire and fashion a national mission in keeping with its modest scale, limited economic power and slightly out-sized cultural influence. Its procrastination over joining the Common Market (as it was initially known), its subsequent never very whole-hearted membership of the European Community and now the living hell of Brexit have left it vastly weaker. Its position as the hub of a fifty-four nation Commonwealth, along with a soap-opera Royal family remain as the last vestiges of its former glory.

America's abyssal arc is clearly less advanced than that of its former colonial master, but the country's humiliating retreat from Afghanistan is an indicator that this formerly imperious political and military power is now woefully inadequate to the task of combatting the exigencies of terrorism, religious fundamentalism, tribal solidarity, asymmetrical warfare and the fortitude of those it attempts to grasp within its materialist thrall and wrap in its empty rhetoric of democracy and human rights.

Then there's the end of the world " Our thoughts of the future are now clouded by the climate crisis and the sixth extinction although the prospect of nuclear annihilation, for old time's sake, remains a menu option. Nostalgia offers refuge, but we are regularly prodded instead, to consider actions that might ameliorate our terminal condition and to support a transition from the burning of fossil biomass to clean and sustainable solar energy.

But this transition, which is clearly underway, involves using vast quantities of oil and gas to build the new energy infrastructure composed of tons of concrete, steel, aluminum, copper, plastics, glass, and rare metals. As such, it is very appealing to those who benefit from an ever-expanding energy economy that will, as an inevitable consequence, hasten all those deleterious impacts that the transition is supposed to mitigate. It is, in short, a classic neoliberal boondoggle.

Related Topic(s): Fundamentalism; Military; Power; Solidarity; Terrorism, Add Tags
Add to My Group(s)
Go To Commenting
The views expressed herein are the sole responsibility of the author and do not necessarily reflect those of this website or its editors.