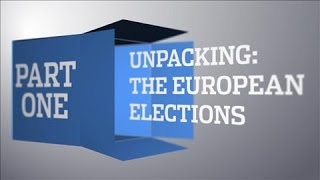 As the campaigns for the European Parliament get underway, some of the traditional lines that formerly divided left, right and center are shifting, making it harder to easily categorize political parties. In Italy, a right wing coalition calls for a guaranteed income, larger pensions and resistance to the heavy-handed austerity programs enforced by the European Union (EU). In France, some right wing groups champion the fight against climate change, decry exploitation of foreign workers and growing economic inequality.

In contrast, Europe's political center seems paralyzed in the face of growing disillusionment with the economic policies of the EU. Even the social democratic center-left defends doctrines that have alienated its former base among unions and working people, pushing such parties to the political margins.

If voters seem confused, one can hardly blame them, which is not good news for the left and the center-left going into the May 23-26 elections. Polls show center-right and center-left parties, which have dominated the EU Parliament since it first convened in 1979, will lose their majority. Parties that are increasingly skeptical of the organization may win as many as a third of the seats in the 705-seat body.

However, "Euro-skeptic," like "populist," is a term that obscures more than it reveals. In the polls, the two are lumped together in spite of profound differences. The Spanish left party, Podemos, is not likely to break bread with Italy's rightwing League/Five Star alliance, but both are considered "Euro-skeptic." Podemos, along with Greece's Syriza, Portugal's three party center-left alliance, and La France Insoumise ("Unbowed") are critical of the EU's economic policies, but they do not share an agenda with xenophobic and racist parties like the League, France's National Rally -- formally, National Front -- and the Alternative for Germany (AfG).

Which doesn't mean that the upcoming election doesn't pose a serious threat, in part because the Right has adopted some of the Left's longstanding issues.

In Italy, Mario Salvini, leader of the League, says the EU elections will be fought between a Europe "of the elites, of banks, of finance and immigration and precarious work," and a "Europe of people and labor." Take out "immigrants," and the demagogy of the Right sounds a lot like something Karl Marx might write.

Conn M. Hallinan is a columnist for Foreign Policy In Focus, â€œA Think Tank Without Walls, and an independent journalist. He holds a PhD in Anthropology from the University of California, Berkeley. He (more...)
Related Topic(s): European Debt Crisis; European Elections; European Parliament; European Union; Immigrants; Migration, Add Tags
Add to My Group(s)
Go To Commenting
The views expressed herein are the sole responsibility of the author and do not necessarily reflect those of this website or its editors.