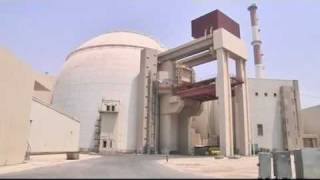 It's not looking good. The European powers are shamelessly pandering to US President Trump's threats to withdraw from the Iran nuclear deal. By doing so, the EU's backsliding will likely kill the landmark accord.

What a difference a fortnight makes to EU foreign policy. Earlier this month, the foreign ministers of Britain, France and Germany were all sternly warning Washington not to undermine the Iran nuclear deal.

That was January 11, the day before Trump was due to make a decision on whether to extend sanctions relief to Iran.

Together with the EU's top diplomat Federica Mogherini, the foreign ministers issued a statement saying that the Joint Comprehensive Plan of Action (JCPOA, as the 2015 nuclear accord is formally known) was "essential for international security."

"The Iran nuclear accord makes the world safer," said Britain's Boris Johnson, while Germany's Sigmar Gabriel claimed: "We want to protect the deal from any decision that undermines it."

Two weeks later, Britain, France and Germany are now shilly-shallying after the US secretary of state flew into London, Paris and Brussels, evidently to bang a few heads together.

Earlier this month, on January 12, Trump ignored his European partners' appeals when he announced that he was waiving sanctions on Iran "for the last time." Trump then issued the ultimatum that the EU had 120 days to "fix the flaws" in the JCPOA or face the prospect of the US withdrawing from the deal.

All the signs now are that the Europeans are indeed caving into Trump's demands to, in effect, re-write the nuclear accord.

Following Tillerson's visit to European capitals this week, the EU partners have agreed to set up a "working group" along with the US, which will look into ways of addressing Trump's concerns over what he calls a "disastrous deal."

Iran has warned categorically that there can be no renegotiation of the JCPOA, which was co-signed by the US in July 2015 under President Obama, along with the other permanent members of the UN Security Council: Russia, China, Britain and France plus Germany. The European Union is also a formal signatory.

Russia and China have repeatedly stated that the international accord, which was approved by a UN Security Council Resolution, must be upheld by all parties. Russian Foreign Minister Sergey Lavrov said this week if the landmark agreement collapses then the repercussions will be severely destabilizing for global security and diplomacy over other matters, such as the North Korea crisis.

Leonid Slutsky, of Russia's parliamentary committee on foreign relations, called the setting up of a "working group" by the US and EU to review the nuclear accord "a very negative signal." He added: "Signing additional agreements or creating other mechanisms will have an adverse effect on implementation of the existing JCPOA."

So, what does Trump want? The president -- along with many hawkish members of Congress -- want a follow-up agreement to plug what they claim are flaws in the JCPOA. Congress is already working on legislation at Trump's behest allowing the US to re-impose tough sanctions on Iran based on certain conditions.

Those conditions include: international inspectors to be given full access to all Iranian military sites; the permanent extension of "sunset" provisions in the JCPOA limiting Iran's nuclear activities; the inclusion of ballistic missiles in the ban on nuclear weapons; and a mechanism for reviewing Iran's regional relations, which the US alleges involves "sponsorship of terrorism."

Related Topic(s): Allies; Bullying; European Union; Iran; Iran Nuclear Talks; Iran Versus Israel; Sanctions; Trump Bully In Chief; Trump Ego, Add Tags
Add to My Group(s)
Go To Commenting
The views expressed herein are the sole responsibility of the author and do not necessarily reflect those of this website or its editors.