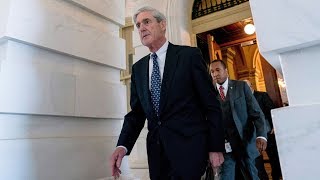 The subtext of the most recent filings by prosecutors with Special Counsel Robert Mueller's office and the Southern District of New York (SDNY) indicates that they strongly suspect collusion between Donald Trump and Russian players acting under the direction of Vladimir Putin, at a bare minimum.

Collusion itself is not specifically a crime under federal statutes, but conspiracy can be -- and that, from what we are now seeing, may well be where Mueller's team and SDNY are going. If such cooperation included a willful compromising of U.S. national security in consideration of personal enrichment, say in the form of emoluments, then the station that train ultimately arrives at is Espionage.

To the first issue, enrichment. Let us count the ways. Through the sale of real estate at inflated prices to Russian oligarchs, to investment capital for real estate acquisition, to any income derived from any deal with any Russian national acting with the approval of the government of Vladimir Putin that was not disclosed in Donald Trump's tax returns, any of that could create a personal enrichment incentive. All of which Mueller and his team are reviewing document-for-document, and have been for over a year.

To the second issue, willfully compromising U.S. national security to serve the interests of a hostile foreign power. This is murkier. When Donald Trump and Vladimir Putin emerged from behind closed doors in Helsinki earlier this year, the mere appearance of Trump behaving as though he were on Putin's leash had every publication in the Western world openly talking about treason. Appearances can be deceiving, but they don't have to be. It's entirely possible that it was what it appeared to be. Who knows?

Butina's Russian handler was Alexander Torshin, a Russian banking oligarch with direct ties to Vladimir Putin. Torshin is suspected of helping to steer funding to the NRA for campaign contributions to conservative politicians in the U.S. Butina was an instrument of a Russian operation, so she might well know a lot.

Michael Cohen might know. Cohen had extensive contact with Russian actors involved in a proposal to build a Trump Tower in Moscow and appears to have significant direct contact with Russian actors in 2016 prior to the election and again afterward in a damage control effort. Cohen too has cooperated to some extent, participating in a reported 19 separate interviews with the Mueller team, speaking directly to the issue of Russian interference in the 2016 presidential election.

Michael Flynn might know. Flynn had extensive contact with Russian actors, including at the now infamous dinner with Putin and, notably, Green Party presidential candidate Jill Stein. Flynn was a close confidant of Trump's before and after the election. If Trump was giving the Russians undue consideration, Flynn would know. The Mueller team was so pleased with Flynn's cooperation that they wrote a glowing review for the judge who's preparing to sentence Flynn, in an effort to gain a lenient sentence.

If the answers to those questions are demonstrably yes, and the odds that they are improved by the day, then the train Mueller is conducting may be headed for Espionage Station.

Related Topic(s): Collusion; Espionage; Maria Butina; Mueller Investigation; NRA; Vladimir Putin, Add Tags
Add to My Group(s)
Go To Commenting
The views expressed herein are the sole responsibility of the author and do not necessarily reflect those of this website or its editors.