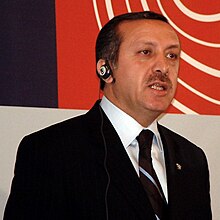 Turkey's armed forces are known for their efficiency. However, officers bungled the coup attempt so badly that critics describe the events of July 15, 2016, as a "self-coup" organized by Turkey's President Recep Tayyip Erdogan to justify consolidating his grip on power, which resulted in 300 deaths and more than 2,000 injured.

Turkish officials say that nearly 6,000 members of the judiciary and military, including generals, have also been detained on suspicion of having links to the coup attempt, while 8,000 police officers have been suspended.

Law enforcement started arresting political opponents within hours, and Erdogan declared an open-ended state of emergency, allowing rule by decree. More than 40,000 people were detained or arrested in the immediate aftermath of the attempted coup. Since then, more than 100,000 members of the military, police, and judiciary were dismissed, and at least 30 governors were fired

The education sector, a steadfast defender of secularism, was targeted with more than 1,500 university deans forced to resign and about 21,000 teachers suspended or fired.

Erdogan claimed that the Turkish Grand National Assembly was bombed by warplanes. However, crater analysis showed that explosions came from within parliament.

In a made-for-television moment, Erdogan stood atop a bus in Istanbul surrounded by supporters waving Turkish flags and chanting his name, in what could pass for a campaign rally.

Fethullah Gulen, a Turkish preacher, and businessman has lived in self-imposed exile in the United States since 1999. He lives in a small room in a two-story brick prayer hall in a gated 26-acre compound in Pennsylvania's Pocono Mountains. He rarely leaves the Golden Generation Worship and Retreat Center complex, where his movement, Hizmet, offers religious instruction, and he is in poor health.

Related Topic(s): Coup; Coup Attempt; Military; Opposition; Opposition Party; Opposition Research; President; Silenced; Staged Operation; Staged Operation; (more...) Turkish, Add Tags  (less...)
Add to My Group(s)
Go To Commenting
The views expressed herein are the sole responsibility of the author and do not necessarily reflect those of this website or its editors.

Erdogan staged a coup to silence his opposition

Syrians abroad vote for a return to stability

Syrians reject the US 'regime change' and re-elect President Assad