Why do Americans think the sole choice is hardline economic nationalism or unfettered free trade? 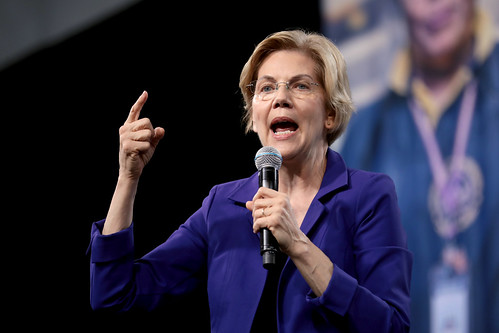 As we're now witnessing, Trumpian economic nationalism is a zero-sum game in which the industries of the future are dominated either by China or by the United States. We win or they win.

So is this the only choice zero-sum economic nationalism or unfettered free trade?

No. There's a third alternative: "industrial policy" which means putting national resources (government spending on research and development, along with tax subsidies and export incentives) behind emerging industries, while making sure the nation's workers get the resulting experience and jobs.

This isn't laissez-faire economics; nor is it zero-sum economic nationalism. America's investments in its workers and leading-edge industries wouldn't prevent other nations from making similar investments.

Which may be why big business in America killed off industrial policy in the 1980s. Such talk threatened to expose how much public money big business was raking in without doing anything in return.

Globalization isn't some mysterious force whose effects are inevitable and beyond our control. No America chose to pursue a trade policy that prioritized the interests of capital over the interests of American workers...

Related Topic(s): Bailout; Economic Stimulus; Elizabeth Warren; Globalization; Jobs; Patriotism, Add Tags
Add to My Group(s)
Go To Commenting
The views expressed herein are the sole responsibility of the author and do not necessarily reflect those of this website or its editors.