Her agenda is fundamentally different from the one Hillary Clinton will pursue. 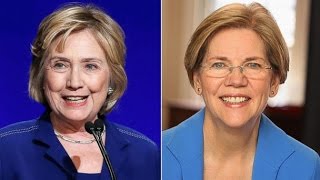 Speculation about whether Hillary Clinton will ask Elizabeth Warren to be the Democratic Party's nominee for vice president reached a fever pitch over the past week. There are good arguments for and against the party's presumptive presidential candidate making such a choice. Elevating one of the country's leading progressives to such a prominent profile would be an impressive gesture by Clinton and could help to win over reluctant supporters of Bernie Sanders's presidential campaign. But the more important question for Warren's admirers on the left is whether she should accept an offer to become Clinton's running mate.

I never expected to be arguing that Elizabeth Warren should stay in her place. But remaining in the Senate would provide the best platform for her to advance a progressive agenda during a Clinton administration. The inalterable reality is that her agenda is fundamentally different from the agenda Clinton will want to pursue, and no president is going to give their vice president a blank check to sabotage their agenda.

Warren's main focus in the Senate and her prior work has been on reining in the financial sector. She recently laid out the major planks of her agenda, alongside unions and other allies, in the "Take On Wall Street Campaign." This platform calls for breaking up the nation's biggest banks and restoring Glass-Steagall-type separations between institutions that hold government-insured deposits and those that make risky market investments. It also calls for establishing a postal banking system as a low-cost competitor for the existing banking system.

Perhaps most importantly, the agenda calls for a financial-transaction tax (FTT). A robust financial-transaction tax, like the one put forward by Representative Keith Ellison or the one being developed by the European Union, would take more than $100 billion annually out of the pockets of Wall Street by reducing the volume of transactions. This is a great policy -- it makes the financial sector more efficient -- but is disastrous for Wall Street types who would see their millions and billions slipping away. These people would love to prevent a real FTT from being put into place. Without Warren in the Senate, that task would be made immeasurably easier.

Warren has also pushed for serious prosecutions of Wall Street criminals. We put kids in jail for passing bad checks or stealing an old car. How can it not be a comparable crime for bankers to steal hundreds of millions or even billions by defrauding the public?

That seems implausible. More likely, in Clinton's vision Wall Street in 2025 looks pretty much the same as it does today. There may be better consumer and prudential regulation, but no one will have any problem finding JPMorgan. Warren's agenda is not Clinton's agenda. Does anyone think that Hillary Clinton expects Wall Street to look fundamentally different at the end of a Clinton administration? Does she think that JPMorgan Chase should be downsized and broken up so that its current structure will not be recognizable in 2025? Does Clinton expect Wall Street to be doing half the trading volume in 2025 that it does today, so that the high-rollers will have to look to the productive economy to make big bucks? Does she think that some of her campaign's biggest contributors will be in the jail cell next to Bernie Madoff?

In the Senate, Warren could force Clinton to alter her vision. Warren's agenda has enormous power and popular appeal, as demonstrated by the success of the Sanders campaign and by Warren's own success in pushing for the Consumer Financial Protection Bureau and other reforms. In fact, the popularity of a FTT even led Clinton to endorse a sham FTT that would apply only to high-frequency trading and would likely be avoided by almost everyone.

Senator Warren has done a huge amount to move the debate and advance policy on financial reform. Vice presidents attend state funerals. We need Elizabeth Warren's voice in the Senate.

Dr. Dean Baker is a macroeconomist and Co-Director of the Center for Economic and Policy Research in Washington, D.C. He previously worked as a senior economist at the Economic Policy Institute and an assistant professor at Bucknell University. (more...)
Related Topic(s): Banking; Elizabeth Warren; Role Of Vice President; Senate, Add Tags
Add to My Group(s)
Go To Commenting
The views expressed herein are the sole responsibility of the author and do not necessarily reflect those of this website or its editors.