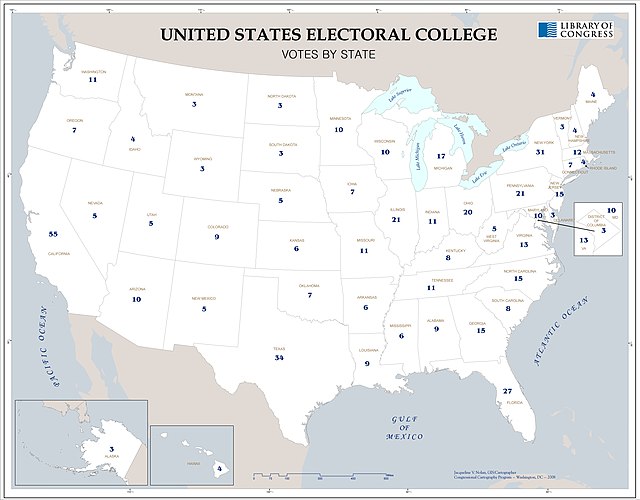 Bush II and Trump were both elected President by winning the electoral college, while losing the popular vote. Putting aside voter suppression, caging, registration stripping, removing voting booths in Democratic districts, interstate crosscheck, and other tricks Republicans engaged in (See gregpalast.com), does this really represent the will of the people? No, not really. It's a perverse result, but let's not throw out the electoral college baby with the plurality takes-all bathwater, that really needs to go.

I've been told that one reason for the Electoral college is that the first 5 or so elections would have been decided by New York City otherwise. Everyone agrees it's meant to give smaller, rural states more say in our federal system. Full disclosure, I'm from a small state (Vermont), so I like the concept. But as in all other "winner takes all" elections in the US, the outcome is idiotic if the "winner" is allowed to win with a plurality. Let me give you some examples:

Do the math: 35.87 (Bush) + 23.32 (Perot) = 59.19% of the people voted against Clinton and he still wins all 8 electoral votes. That's a landslide against Clinton. How stupid is that? See for yourself: https://en.wikipedia.org/wiki/1992_United_States_presidential_election_in_Colorado

How about the pivotal Florida "hanging chad" election in 2000 decided by the Supreme Court stopping the recount:

The country is not blue and red by state. Every state is a purple mix:
US voter Registration by county:
https://en.wikipedia.org/wiki/Red_states_and_blue_states#/media/File:Gastner_map_purple_byarea_bycounty.png

Nebraska and Maine already allocate some electoral votes by Congressional District. The solution is much simpler. Allocate electoral votes by percentage of the vote received. I know that's proportional representation, and it's something those libtard, communist, pinko, fags in Europe and nearly every other democracy in the world use, but maybe that's not the problem. Maybe Americans just can't do fractions?

Why There Will Never Be Gun Control In The US

Why Do They Have Billions And We Have None?

Electoral or Popular Vote for President? Can Americans do Fractions?