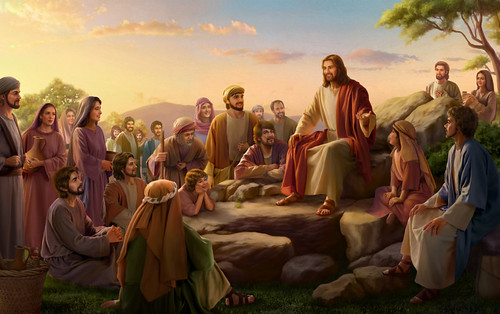 In 2002, 14-year-old Elizabeth Smart (pictured above with her father, Ed Smart) was kidnapped from her home in Utah. She was held captive for nine months by Brian Mitchell and his wife, Wanda. Mitchell believed he was a prophet of God. He started going by the name of Emmanuel and preached to people on the street. Mitchell raped 14-year-old Elizabeth multiple times during her nine month captivity.

Elizabeth's Mormon father, Edward Smart, became the family spokesman during this horrific time for the Smart family. As the spokesman, he became nationally recognized and he also became an advocate for missing and exploited children.

Ed Smart was known as a strong member of the Church of Jesus Christ of Latter-day Saints. The Smart family was grounded in the Mormon Church, the Bible and the Book of Mormon.

This past Thursday Ed Smart posted a letter to family and friends on his Facebook page announcing that he is gay. In his letter he stated:

"Living with the pain and guilt I have for so many years, not willing to accept the truth about my orientation has at times brought me to the point where I questioned whether life was still worth living."

This is a powerful statement. For anyone to believe that who they were born as makes them so despicable that they seriously consider suicide, shows there is a very serious problem that needs to be corrected.

A fundamental root cause of hatred against people who are gay is found in the Bible. For one example, the ancient Jewish clergymen who wrote the Bible claim at Leviticus 20:13 that God said,

"If a man also lie with mankind, as he lieth with a woman, both of them have committed an abomination: they shall surely be put to death; their blood shall be upon them."

When I was a Bible believing Christian, this motivated me to hate gay people. Currently there are literally over two billion people on Earth who believe the Bible is the Word of God. Since this command to kill gay men is in what they erroneously believe is the Word of God, is it any surprise that there is so much hatred against gay people in the world today?

Ed Smart wrote that he has changed his beliefs and will leave the Mormon Church, pointing out that if he had not changed his religious beliefs, he would have remained closeted for the rest of his life. However, Smart is still suffering from the religious delusion that Jesus is the Son of God and he still sees Jesus as his Lord and Savior. He wrote,

"In the end, people are free to say what they will, and believe what they want, but there is one voice more important than any other, that of my Savior, who wants each of us to love one another, to be honest and joyful and find a meaningful life. ... Through Christ love will outlast the grief."

Like most people, Smart is probably not aware of the full picture of Jesus found in the Bible. The popular version of Jesus as a peace promoting hippie type of person is factually incorrect. IF Jesus actually did exist as a person, he was a superstitious/religious Jew who believed the cruel and ungodly Hebrew Bible is the Word of God. This is seen in Matthew 15:1-6 which tells the story of Jesus being upset with the Pharisees who did not follow the Hebrew Bible command at Leviticus 20:9 which claims God commanded, "For every one that curseth his father or his mother shall be surely put to death: he hath cursed his father or his mother; his blood shall be upon him." If Jesus believed children who curse their parents should be killed, why wouldn't he believe gay men should be killed, as is commanded just four verses after Leviticus 20:9 in what Jesus mistakenly believed was the Word of God?

Regarding Smart's belief that Jesus wants everyone to love one another, he must be ignorant of, or ignoring, Luke 14:26 which has Jesus teaching,

"If any man come to me, and hate not his father, and mother, and wife, and children, and brethren, and sisters, yea, and his own life also, he cannot be my disciple."

Hopefully Ed Smart will realize that God gave him, and all of us, reason and not religion.

Bob Johnson is a paralegal and a freelance writer in Florida. He was raised Roman Catholic, but after reading Thomas Paine's The Age of Reason, he became a Deist. In 1993 he founded the World Union of Deists and in 1996 he launched the first web (more...)
Related Topic(s): Family; God; Jesus; Mormon; People; People; Religion And Spirituality; Religion And Values; Religion None; Religion Other; (more...) Suicide, Add Tags  (less...)
Add to My Group(s)
Go To Commenting
The views expressed herein are the sole responsibility of the author and do not necessarily reflect those of this website or its editors.