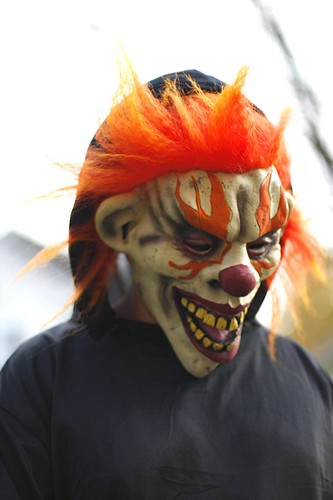 I have been writing a lot of comments on OEN lately in response to the Dump Trump movement, which I believe is wrong-headed. I agree with Paul Craig Roberts, who says here:

"My view of Trump is conditional and awaits evidence. I am encouraged by the One Percent's opposition to Trump, or we have just experienced the greatest ruse in history. Indeed, a pointless ruse, as the Establishment had its candidate in Hillary."The One Percent includes, as the campaign against Trump and Putin have made extraordinarily obvious, the "intelligence community" and the mainstream media (MSM). That, and the possibility that Trump might actually carry out his proclaimed inclination to improve relations with Russia and even "drain the swamp" in Washington, has caused me to stay off the Dump Trump bandwagon, in addition to the fact that dumping (i.e. impeaching) Trump can only bring us Mike Pence, which would be arguably worse. Better to demonstrate in support of making nice with Russia.

But Paul Craig Roberts is obviously having the same second thoughts that I have -- that the advent of Trump could be "the greatest ruse in history." That would be saying a lot, after 9/11 (about which PCR also has his doubts) -- too much, I think -- but it would be a doozy.

Many -- even among those reading this -- will say this gives the One Percent, the Establishment, the military-industrial-intelligence-MSM complex, the Deep State, or what I prefer to call Big Brother, far too much credit. They say the same thing about 9/11 and, though ever less often, about the assassination of JFK. But it doesn't take much of a spin to imagine that, as Larry Chin, citing former CIA case officer Robert Steele, suggests, Trump is already owned by Big Bro, and maybe it has been a plot from the beginning.

Let's ride that spin for a second. We don't need to mention the president who wanted to "... splinter the C.I.A. in a thousand pieces and scatter it to the winds" and was coincidentally shot before he could pull out of the lucrative (for the warmongers) Vietnam war (despite Chomsky to the contrary, see here), or the son of former CIA Director Bush's war on terror not coincidentally but totally fraudulently following 9/11, or the silver-tongued "first black man in the White House" who continued that war, or his underling Hillary who would be the "first woman in the White House" and vowed to have no-fly zones in Syria to deal with the Russian "Hitler." Maybe Big Bro thought, "Hey, we pulled the black/minorities card, and we could pull the women card, but there's another card in the deck: a joker! Let's try that!"

And presto, The Donald. With him Big Bro's got that huge underbelly of "Take our country back," pistol-packing, anti-globalist, politically incorrect (to put it politically correctly), predominantly ("We're still here!) white Bible-thumping male Americans who see in Donald, finally, someone of their liking, a man on a white horse.

Plus he's got people like me, the real suckers! People who would have been among the first to scream about a white horse, a flagrantly fascist clown like, say, Silvio Berlusconi, as opposed to a flawed but hopefully well-meaning (in some important ways, at least) court jester who managed to usurp the throne. Now these suckers may have to find out that what white-horse people are complaining about is actually something worse: a Trojan horse.

I still hope not. I still hope Trump will listen to people like Roberts, Robert Parry, Ray McGovern, and Stephen Cohen, and show the Dump Trumpers that they are wrong about him. I am an incurable optimist.

But I woke up real late to JFK (25 years later!) and late to 9/11 (in 2004, when I started reading David Ray Griffin), and having written two books about those ruses I should have learned my lesson. What can I say. A ruse is a ruse is a ruse.

Can a ruse be jujutsued into a rose? Dumping Trump won't work. So use his strength against him, even if he is Big Bro. Take the country back. Don't just give it Pence.

Related Topic(s): Donald Trump Supporters; Dump Trump; Intelligence; Putin; Trump Protesters, Add Tags
Add to My Group(s)
Go To Commenting
The views expressed herein are the sole responsibility of the author and do not necessarily reflect those of this website or its editors.