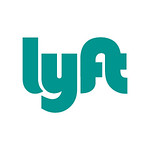 New York, NY -- New York City's app-based drivers are blasting Lyft and Juno after receiving reports that the billion dollar ride-hail app companies are seeking to block the nation's first minimum wage rules for app-based drivers, set to begin on Friday, February 1st in New York City. The Independent Drivers Guild led a two year campaign to win the landmark rules which are expected to raise pay by an average of nearly $10,000 per year for the 96 percent of New York City drivers who make less than minimum wage.

"This is an indefensible attack on workers by the billion dollar corporations that profit from their labor. Lyft and the gang should be ashamed that while their executives and investors are millionaires, their drivers, who do all the work, take home less than minimum wage and are even taking their own lives out of desperation," said Jim Conigliaro, Jr. Founder of the Independent Drivers Guild, a Machinists union affiliate which led the campaign for the rules and represents and advocates for more than 70,000 app based drivers in New York City.

"The idea that this lawsuit is about anything other than avoiding paying drivers a fair wage is laughable. Lyft has had every opportunity to pay a livable wage and they refused to do so -- and now that we won a legal mandate, they are still refusing to pay a fair wage. The app companies already delayed this raise once, we will not tolerate any more delays. Regardless of any lawsuits, we are calling on Uber, Lyft and Juno to commit to paying their drivers no less than the required minimum wage by Friday," added Conigliaro Jr. "We cannot allow Silicon Valley companies a loophole to violate the protection of a minimum wage, a critical worker protection that generations of Americans fought for."

Related Topic(s): Lawsuits; Lyft; Minimum Wage Living Wage, Add Tags
Add to My Group(s)
Go To Commenting
The views expressed herein are the sole responsibility of the author and do not necessarily reflect those of this website or its editors.