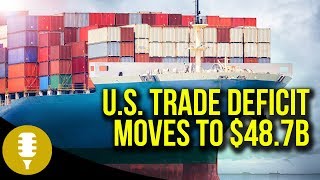 We learned from Michael Cohen's testimony last month that Donald Trump went to great lengths to ensure that his high school and college grades and test scores would never see the light of day. We can be pretty certain that they were not very good, since Donald Trump is a person who is quick to brag about anything he has done, and even many things he has not done. If Trump had been a straight-A student, we would all know about it.

Ordinarily, there would be no reason to care about how a politician did in an English class more than half a century ago, except that Donald Trump felt that it was important to talk about President Obama's grades, which he claimed, with no evidence, were "terrible." Trump called on Obama to release his college transcripts. It is striking that Trump is apparently now scared to death that anyone will see his high school or college grades.

We don't need to see Trump's grades in school to know how he is doing now, however; we can look at his record. And, with respect to the trade deficit, an issue that was central in Trump's campaign, it's terrible.

The picture doesn't look any better if we look at the specific countries that Trump has vilified. The trade deficit in goods with Mexico has increased by $17.6 billion or 27.5 percent since Obama left the White House in 2016. The deficit, with Canada, Trump's "enemy" to the north, has increased by $8.8 billion, an increase of 80.0 percent. The trade deficit in goods with China has risen by $72.2 billion since 2016, an increase of 20.8 percent.

It might be easy to win a trade war, as Trump claimed, but evidently not for him.

In fairness, the trade deficit increased for reasons that were not entirely Trump's responsibility. Part of the story is simply that the US economy has grown more rapidly than the economies of most of our trading partners. This, in turn, is partly due to Trump's tax cut, which did lead to more growth, but also a larger trade deficit, as was widely predicted.

Another part of the story is the higher value of the dollar. This makes US goods and services less competitive in the world economy. The higher dollar is also partially a result of the tax cut, as well as the Federal Reserve's decision to raise interest rates. To his credit, Trump opposed the Fed rate hikes, although threatening to fire Fed chair Jerome Powell was probably not the most effective way to get the Fed to reverse course on interest rates.

The most disturbing part of this story is that Trump does not seem to understand the factors that determine the trade deficit, and his negotiations are not going in a direction that is likely to keep more manufacturing jobs in the United States.

In his renegotiated NAFTA, one of Trump's big victories is securing longer and stronger patent and related protections for pharmaceuticals. This is great for the pharmaceutical industry since it will mean higher prices in all three NAFTA countries, but it is not going to create manufacturing jobs in the United States.

In the case of China, Trump has made one of his central issues prohibiting requirements that US companies investing in China transfer their technology to a local partner. This is great for US companies looking to invest in China, but it's bad news for workers here since the new rules make outsourcing jobs to China even more attractive.

The new China agreement does almost nothing about currency values, the most important determinant of the trade balance. After running around the country for two years complaining about China's currency "manipulation," there are no provisions in his new pact that would force China to raise the value of its currency against the dollar.

Dr. Dean Baker is a macroeconomist and Co-Director of the Center for Economic and Policy Research in Washington, D.C. He previously worked as a senior economist at the Economic Policy Institute and an assistant professor at Bucknell University. (more...)
Related Topic(s): Donald Trump; Jobs; Outsourcing; Trade Deficit, Add Tags
Add to My Group(s)
Go To Commenting
The views expressed herein are the sole responsibility of the author and do not necessarily reflect those of this website or its editors.