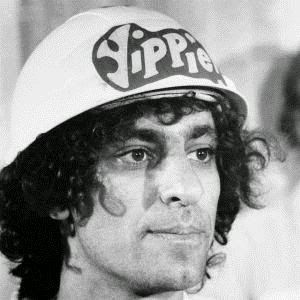 When I asked her what inspired her to be out in the excited throng she handed me her business card. It simply read, "B. Metternich-Eggenberg, Revolutionary" on the front. On the back was a quote by the Marquis de Lafayette, protege of General George Washington and Revolutionary hero both here and in France, which read: "It began with a sincere sympathy for recalcitrant animals and flowered into a generalized preference for Liberty over authority, spontaneity over calculation, candor over artifice, friendship over hierarchy, heart over head and nature over culture."

When I asked her why she was there she just gave me a big hug, winked and said, "I'm sure you know." My heart felt good. Many cultures still believe that the heart is the source of all that we are. It appeared that many of the folks out there on the streets felt the same. Unfortunately the intellectual crucible of the new Commander and Chief resides in the bowels. To see the multitudes on the street expressing their right as political and civic laxatives made me much more comfortable in my Abbie Hoffman disguise." From "Don't Threaten Me You Creep! A Memoir" by Franklin Cincinnatus

Related Topic(s): American Revolutionary War; Civil Disobedience; Donald Trump; HEART; Protest- Civil Disobedience; Revolution, Add Tags
Add to My Group(s)
Go To Commenting
The views expressed herein are the sole responsibility of the author and do not necessarily reflect those of this website or its editors.