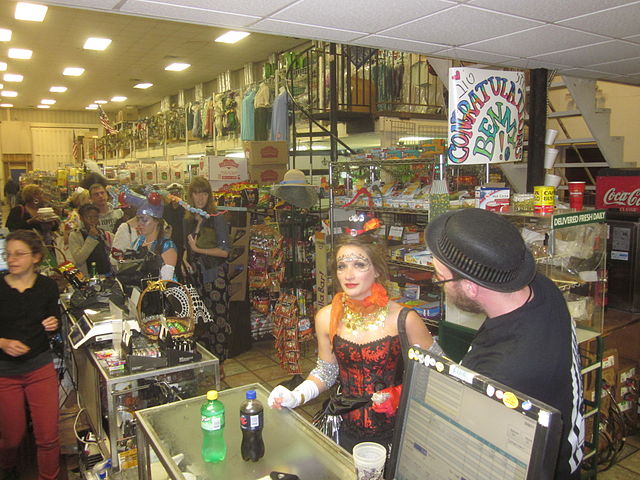 In the first week of March, big retail chains announced more than 1,100 planned store closings. That, writes Hayley Peterson at Insider, brings the number of planned US store closings for 2019 to more than 5,300.

The Retail Apocalypse is here, and it has consequences. Including, reports Krystal Hu for Yahoo! Finance, 41,000 retail jobs cut in January and February.

Yet the US economy recorded a net gain of 20,000 total jobs each in January and February, its 101st straight month of job gains.

The economy is slowing down a bit, and we don't know yet what consumer spending looked like for January (the Commerce Department was delayed in issuing that report by the federal "shutdown"), but people haven't stopped and won't stop buying food, clothing, electronics, etc. Many Americans are tightening their belts for various reasons, but that on its own doesn't explain the Retail Apocalypse.

What does explain it? Progress.

Nearly 30 years after it became widely publicly accessible, the Internet is in the final stages of killing off physical retail as we once knew it. But it's not killing the economy.

How much stuff do you buy from Amazon or other online retailers (some of them formerly entirely brick and mortar establishments) that you used to have to hunt down in a physical store?

If your family is anything like mine, the answer is "a lot." And your needs are met, more conveniently and often at lower prices, by a few humans packing boxes in warehouses instead many humans stocking helves, assisting customers, dragging items over price scanners, and bagging them.

Even if you pick your purchases up at a physical store, there's a fair chance you ordered them online and had them waiting for you when you arrived. More convenient for you, less labor required at the seller's end. I've done that twice in the last 24 hours.

At some point in the early 20th century, if the reporting mechanisms we have today had existed, we'd have read panicked accounts of the Horse and Buggy Apocalypse. The automobile caught on. Purchases of surreys with the fringe on top plummeted. People in old industries had to find new jobs. But everyone benefited as it got faster, easier, and cheaper to move people and things around.

The current "apocalypse" won't end it either.

Yes, this next model of commerce will mean difficult transitions for some workers and companies, along with other social dislocations we haven't noticed or even thought of yet.

But if past performance is indicative of future results, it will also mean we get more of the stuff we need, more new stuff we didn't even know we wanted, cheaper and faster, along with new opportunities.

Change is scary. But it's also inevitable. And usually for the better.

Related Topic(s): Commerce, Add Tags
Add to My Group(s)
Go To Commenting
The views expressed herein are the sole responsibility of the author and do not necessarily reflect those of this website or its editors.