"If a candidate traffics in prejudice," she says, "that is the kind of president they will be." 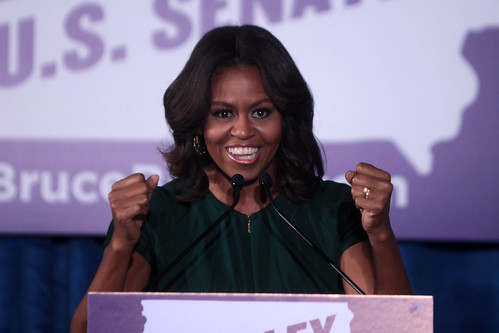 That's politics. And voters need to be reminded of that fact as the election season hits its stride. No one should ever fall for the fantasy that a presidential candidate whose campaign-trail antics raise concerns will somehow turn out to be less concerning as president.

It never, ever, works that way.

Even the most exciting and encouraging contenders for the presidency tend to fall short of expectations. And candidates who are troublesome on the trail often turn out to be agonizingly awful once they sit down in the Oval Office.

This is a point that cannot be made frequently enough. And Michelle Obama, who knows a thing or two about campaigns and presidencies, is making it with perfect pitch this fall.

That the first lady is a powerful speaker and a powerfully effective campaigner has, by now, been well-established. What deserves more notice at this point in the campaign, however, is that has emerged as the strikingly effective critic of Donald Trump.

When it comes to explaining why voters should be afraid, very afraid of the Republican nominee for president, no one does a better job than Michelle Obama.

Though she rarely mentions Trump by name at campaign stops on behalf of Hillary Clinton, the first lady's references to Trump's most obnoxious words and deeds put the billionaire's candidacy in perspective. Precisely, and perfectly.

Related Topic(s): Donald Trump; Election; Michelle Obama, Add Tags
Add to My Group(s)
Go To Commenting
The views expressed herein are the sole responsibility of the author and do not necessarily reflect those of this website or its editors.