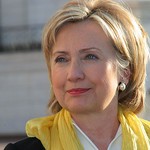 The "Russia hacking" flap has nothing to do with Russia and nothing to do with hacking. The story is basically a DNC invention that was concocted to mitigate the political fallout from the nearly 50,000 emails that WikiLeaks planned to publish on July 22, 2016, just three days before the Democratic National Convention. That's what this is really all about. Russia didn't hack anything, it's a big diversion that was conjured up on-the-fly to keep Hillary's bandwagon from going down in flames.

Put yourself in Hillary's shoes for a minute. She knew the deluge was coming and she knew it was going to be bad. (According to Veteran Intelligence Professionals for Sanity, DNC contractor Crowdstrike claimed to find evidence of Russian malware on DNC servers just three days after WikiLeaks announced that it was "about to publish ... emails related to Hillary Clinton." Clearly, that was no coincidence. The plan to blame Russia was already underway.) Hillary knew that the emails were going to expose the DNC's efforts to rig the primaries and torpedo Bernie Sanders campaign, and she knew that the media was going to have a field-day dissecting the private communications word by word on cable news or splashing them across the headlines for weeks on end. It was going to be excruciating. She knew that, they all knew that.

And how would her supporters react when they discovered that their party leaders and presidential candidate were actively involved in sabotaging the democratic process and subverting the primaries? That wasn't going to go over well with voters in Poughkeepsie, now was it? Maybe she'd see her public approval ratings slip even more. Maybe she'd nosedive in the polls or lose the election outright, she didn't know. No one knew. All they knew was that she was in trouble. Big trouble.

So she reacted exactly the way you'd expect Hillary to react, she hit the panic button. In fact, they all freaked out, every one of them including Podesta and the rest of the DNC honchos. Once they figured that their presidential bid could go up in smoke, they decided to act preemptively, pull out all the stops and "Go Big."

That's where Russia comes into the picture. The DNC brass (with help from allies at the CIA) decided to conjure up a story so fantastic that, well, it had to be true, after all, that's what the 17 intel agencies said, right? And so did the elite media including the New York Times, the Washington Post and CNN. They can't all be wrong, can they? Sure, they goofed-up on Saddam's WMDs, and Iran's imaginary nukes program, and Assad's fictional chemical weapons attack, but, hey, everyone makes mistakes, right? And, besides, have I told you how evil Putin is lately and how much he reminds me of Adolph Hitler? (sarcasm)

In any event, they settled on Russia mainly because Russia had rolled back Washington's imperial project in both Ukraine and Syria, so the media was already in full demonetization-mode and raring to go. All the DNC needed to do was utter the words "Russia meddling" and they'd be off to the races.

Does any of this sound even remotely believable? Former CIA analyst, Ray McGovern seems to think so, because he expounded a very similar scenario about a month ago in an interview on You Tube. Check it out:

Ray McGovern-- "What did Hillary do? "Hillary gathered her war council together and one fellow says, "I know what we can do. We'll blame it on the Russians."

And someone else says, "But it wasn't the Russians it was WikiLeaks."

(Guy number 1 says)"Well, that's a twofer. We hate them both equally, so we'll say WikiLeaks is working with the Russians."

(Ray McGovern) That was two days before the convention.

And someone else says, "What would the rationale be?"

(Number 1) "But what about the major media?"

Related Topic(s): Hillary Clinton; Hillary Clinton Emails And Server; Russia And Us Conflict; Russia Bashing; Russia Hacking, Add Tags
Add to My Group(s)
Go To Commenting
The views expressed herein are the sole responsibility of the author and do not necessarily reflect those of this website or its editors.