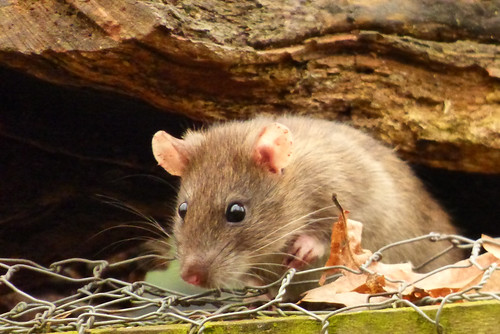 It's too early to celebrate, back-to-brunch Democrats.

Liberal voters are counting on Biden's corporatist cabinet picks. But we still don't know for sure that Trump will let them hatch. There's still a significant chance I would put it at 50-50 that the "outgoing" president will engineer a coup d'e'tat in order to remain in power.

Democratic-aligned media outlets are promulgating wishful thinking. They're crowing about a routine, peaceful transfer of power. They're making fun of the Trump campaign's losses in court challenges to the election results and making light of the president's hope that faithless electors will trigger the 12th Amendment scenario by causing Biden to fall short of 270. The mainstream pundit class points to the bureaucracy's granting of access to Biden's transition team and to excerpts from a recent Trump interview as evidence that he has accepted defeat. (In fact, Trump said that if the electoral college votes for Biden, they will have "made a mistake, 'cause this election was a fraud.")

But they are ignoring human motivation.

Trump has every reason to use radical means to remain president, democracy and constitution be damned. If he leaves the White House on January 20, the former president loses executive immunity and becomes exposed to an array of fraud and corruption charges related to his businesses. The New York State charges are the most hazardous. He could well be convicted and sent to prison on those. Even if Biden were to issue a presidential pardon, a law specifically directed at Trump ensures that a federal pardon would not apply to New York's state convictions. Trump is an old man, hardly in good health. He could spend the rest of his life in prison unless he declares martial law and becomes America's first dictator.

Cynics, a group I usually identify with, believe that wealthy and powerful white guys like Donald Trump are never held accountable for their crimes, much less go to prison. For Trump, that has been the case so far. But there have been exceptions. As happened to Martin Shkreli, Bernie Madoff and Jeffrey Epstein, everything indicates that Trump's white privilege card has been revoked. The ruling classes are dying to see Trump humiliated, perp-walked, and mug-shot in a jumpsuit that matches his skin tone. The neoliberals never considered the master of crass to be one of their own. Now he is a full-fledged class traitor, our Huey Long. Populist and verbally skeptical of the militarism and job-exporting free trade agreements that line the capitalists' Cayman accounts, Trump has proven that a sizable portion of the American public -- on the right, no less! -- agrees with him. The elites despise him for this. They will not save him.

Trump's lawsuits will fail. (He knows.) The electoral college will elect Biden.

Trump will then have five weeks to decide what to do. Await his fate at Mar-a-Lago? Trump isn't passive, especially when he fears he's going to lose. Fly to exile in Israel or Saudi Arabia? Netanyahu is too beholden to the U.S. to risk offending an incoming Biden Administration; Saudi Arabia is one of the most unpleasant places on earth.

Trump's coup calculus is simple: what's the worst-case scenario if he fails? Arrest and prison? He'll be no worse off than if he didn't try.

Trump has two major advantages that the usual coup plotter doesn't. First is incumbency: he currently has his hands on the levers of power. He's not looking to change anything; he's trying to keep things the way they are. Second, he doesn't have the support of the military -- but he doesn't need it. His would be a "police coup" carried out by the numerous local police departments whose unions endorsed him for reelection, alongside federalized state police and deputized paramilitary MAGA goons.

Leaders of the armed forces, the only institution that could stop Trump, would face an awful choice. If they remove the civilian head of government, even a rogue, they are carrying out a military coup. They would have to shoot at local police, many of whom are veterans. If the army were to stand down, they would be tacitly endorsing Trump's police coup. My experience is, when people face two bad choices, they do nothing -- which is why I don't think Trump has to worry about the military.

History tells us how such a coup would go down. Newspapers will disappear, radio will go silent, television will go dark, the Internet will be turned off. Police checkpoints will spring up on city streets and along highways. After a short time, perhaps a few days, the president will inform us that it's all for our own good, that he's trying to protect America and democracy and everything beautiful, but that a state of emergency is necessary to preserve law and order. There will be curfews, martial law, a ban on political protests and gatherings. Communications will resume in a limited fashion. Even news media outlets that used to be critical of Trump will sing his praises.

In most other countries, a coup leader like Trump would face dogged resistance. But that usually requires socialists and communists; only a disciplined Marxist movement stands a chance at destabilizing an authoritarian regime. Fortunately for Trump, a century of ruthless oppression and right-wing propaganda has eliminated the actual left.

Trump set the stage for a coup by moving loyalists into key positions. After the election he fired the Secretary of Defense, a man notable because he refused to send the military to fight protesters on American streets, and replaced him with a toady. The Undersecretary of Defense for Intelligence also got the axe. He did the same to the Director of the Cybersecurity and Infrastructure Security Agency at Homeland Security. The directors of the CIA and FBI reportedly have targets on their backs as well. Wishful-thinking Democrats speculate that the firings are mere retribution by a spiteful Trump. If so, it's interesting that Trump's revenge is limited to key national security figures. Didn't anyone in the Department of Agriculture ever piss him off?

Related Topic(s): Coup; Dangerous Presidents; Trials; Trump, Add Tags
Add to My Group(s)
Go To Commenting
The views expressed herein are the sole responsibility of the author and do not necessarily reflect those of this website or its editors.