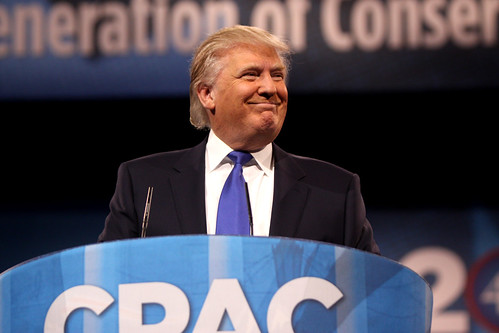 Dear Donald. We all know you are a narcissist. You have to know it too. That means you want love and respect and control. I suggest you try a different strategy from you've been doing to get that which you want.

You are currently viewed by a majority of Americans and an even a greater percentage of people outside the US as a pompous, ignorant, impulsive, bloviating, lying fool.

What you've been doing has not been working. Your advisors have led you to a very bad place where many people expect you to implode, whether that means resignation, impeachment, or 25th amendment removal.

I suggest you take a look at the polls and find some of the things that eighty or ninety percent of Amerians want that will be good for all. I'll assume you have enough money and don't need to make deals with corporations or wealthy people to have more money. I encourage you to find out what most Americans want--good, wholesome stuff--and give it to them. Stop committing money to make you feel stronger militarily. This will not really work. It's a false elixir. Doing real good is the real thing, what will get you loved by millions, maybe even billions.

I suggest you start by rejoining the Paris accords. Work to get all those coal miners jobs building renewable energy infrastructure. Turn West Virginia into a renewable energy center. Save billions by reducing the military budget. Spend the money improving infrastructure and helping students get college educations. Do continue with your plans to renegotiate global trade deals that have destroyed American industries. There are Democrats who will get behind that if you work with them. Undo your defunding of NIH and health research, then increase the funding you were going to de-fund it. Fire the agency heads who really want to destroy the agencies, starting with Scott Pruitt at the APA.

Do those things and you will become a hero to billions. They will love you You will have found positive ways to feed your narcissism. Think about it. Is it better to go down in history as the most failed president who stayed with the party that always laughed and repudiated him anyway, or to be remembered as the narcissist who figured out how to feed his narcissism in a positive way to make the most people happy, by giving them and the planet better, healthier, more just lives

You don't even have to remain a Republican. There are more independents than Democrats or Republicans. Instead of groping for 38% instead of 34%, start being the real independent you said you would be and you could be seeing 60%, even 70% approval ratings--real numbers not Rasmussen ones.

Seriously Donald, you could really turn this around and start having fun. Just lighten up and start becoming a healing narcissist instead of a malignant one.

Related Topic(s): Donald Trump Narcissist; Health- Mental-Sociopath-Narcissism; Love, Add Tags
Add to My Group(s)
Go To Commenting
The views expressed herein are the sole responsibility of the author and do not necessarily reflect those of this website or its editors.

STAY IN THE KNOW
If you've enjoyed this, sign up for our daily or weekly newsletter to get lots of great progressive content.
Series: "Donald Trump"