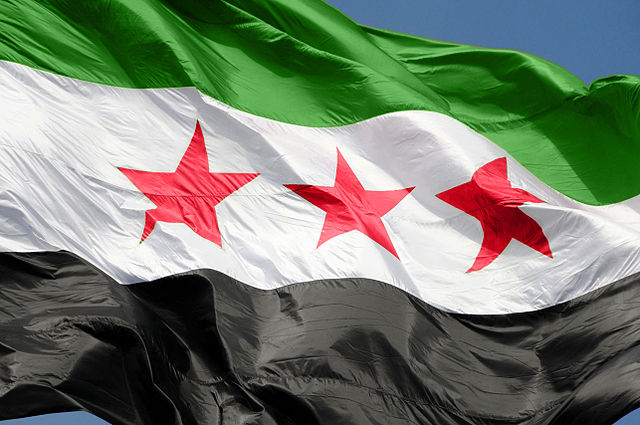 We can only hope that Damascus escapes the fate of being the Sarajevo of the 21st Century, as US historian Daniel Lazare warned in a recent media interview.

Sarajevo is synonymous with the trigger that ignited World War I in 1914, which led to over 10 million deaths. It saw the demonic birth of modern wars of mass destruction.

Lazare contends that the American, French and British air strikes on April 14 are just the "first step in a far more aggressive US military campaign against Syria."

He added: "The US cannot leave Syria, it will never leave Syria, greater US military aggression is to come... Damascus is the Sarajevo of the 21st Century."

History rarely repeats itself exactly. But history certainly can rhyme, so to speak, meaning that repetition of approximate patterns are discernible.

Exactly a century after the very first world-wide, industrial-scale war ended in 1918, there is a real risk of a similar conflagration erupting in Syria. Only, if this were to happen, the danger of escalation is even greater, given that potential combatants have nuclear weapons.

As with Sarajevo in 1914, the burgeoning configuration of rival powers is present. All it would take is for one spark to ignite the powder keg of forces.

One such spark was the US, French and British air strikes against Syria earlier this month. Syria and its allies, Russia and Iran, denounced the military attack as an aggression, a violation of international law owing to the alleged pretext of revenge for a chemical weapons incident on April 7 near Damascus was patently fraudulent.

The tragedy of the looming conflict in Syria is that few politicians or citizens would want an all-out war to eventuate, knowing that the consequences could be so utterly horrific.

There is every reason to believe that US and Russian military commands are maintaining close communications to avoid any accidental clash in Syria, and thus avoid a confrontation.

Russia's Foreign Minister Sergei Lavrov, in a lengthy interview with Russian media, said that Moscow had warned Washington about "red lines" in Syria, which he said the American side abided by when it conducted the air strikes earlier this month. There were no casualties and the minimal extent of damage suggest that the air strikes were more for show than for any real military purpose.

Lavrov also said that he was confident the present American and Russian leaderships would not allow an escalation of conflict in Syria.

The foreign minister said: "Speaking about the risk of a military confrontation, I feel absolutely confident in assuming that the militaries will not allow this, and of course neither will President Putin nor President Trump. They are leaders, after all, elected by their people and responsible for their peace."

Related Topic(s): Blackwater; Conflict; Damascus; History; Iran; Israel; Military; NATO; Syria; Tragedy, Add Tags
Add to My Group(s)
Go To Commenting
The views expressed herein are the sole responsibility of the author and do not necessarily reflect those of this website or its editors.