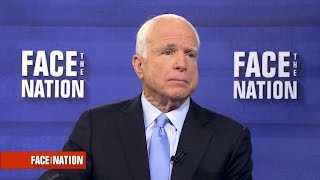 Finian Cunningham in his latest article, "War or Peace?" [1] concludes with the following, "The American rogue regime needs to be abolished and replaced with something that is truly democratic. If not, then disaster could be our fate."

His focus is on a "Congress...dominated by Democrat and Republican war=makers, not lawmakers, who harbor such irrational bitterness towards Russia. They are clamoring for war with their ludicrous sanctions against Moscow."

"What is being served is the war-profiting of a corporatist state by a tiny minority of ignorant and hate-filled politicians who are bought and paid for."

But Cunningham's supposition the American regime be abolished and replaced with something democratic is not only problematic but nearly impossible to comprehend considering the tentacles of "the-profiting corporatist state", the military/industrial/political/surveillance/security complex reaching deep into every significant institution in the US, in every state, where people's livelihood, families income, health care, education, mortgages is dependent on them being complicit enablers with that complex.

So whether they're employed directly with defense contractor Lockheed Martin building the trillion dollar F-35 fighter plane, KBR and Bechtel building huge military bases or as varied as book publishers McGraw-Hill and Harcourt with department of defense contracts, universities accepting DoD contracts producing employees for the intelligence agencies or university professors taking grant money to even the Boy Scouts and the Red Cross being funded to our politicos campaigns underwritten by military contractors, [2] they're all intertwined within that complex.

It seems pretty much the same overall with those employed in the complex who are either true believers who've drunk the Kool-aid or those in deep denial who have sacrificed their conscience and integrity choosing to be silent even when they know they are a part of what makes for endless war.

Sure there may be the Bradley Manning's, Edward Snowden's and William Binney's, some retired intelligence people like Ray McGovern and his "Veterans Intelligence Professionals for Sanity" who expose the truth of the complex, Julian Assange and WikiLeaks and others in the alternative news media who are mostly denigrated by the MSM as promoting fake news, stooges disseminating Russian propaganda or Putin puppets. Pretty much anyone straying from the "official" narrative.

As for the majority of the American people not directly connected to MIC, they seem so propagandized and indoctrinated they'd likely suffer cognitive dissonance were they to become open minded enough to new revelations presented to them but where the world they've come to believe is turned upside down. Then become so discombobulated they couldn't/wouldn't allow themselves to come to terms with the new revelations so they retreated back into their comfortable world of denial.

And with the Smartphone revolution users seem obsessed and addicted almost completely distracted from the world beyond the technological gadget in front of them.

With "politicians bought and paid for" in an electoral system completely corrupted by an avalanche of corporate and dark money, candidates selected whether in local, state or federal elections are chosen by the moneyed interests so the laws and regulations enacted along with the oversight and enforcement go to serve those interests rather than the people's interests. A system completely irredeemable; beyond reform.

Only the dollar as the world's reserve currency keeps this system afloat. Should there be the demise of the dollar as the world's reserve currency-which props up an American economy $21 trillion in debt-this could cause a financial and economic calamity affecting the overwhelming majority of Americans comparable to the 1930's depression. Such a catastrophe could cause this plutocracy of oligarchs collapse.

Short of that happening a war with Russia would bring the ultimate madness of a nuclear conflagration, MAD, mutually assured destruction, something the crazed war-makers in Washington seem to have forgotten.

Retired. The author of "DECEIT AND EXCESS IN AMERICA, HOW THE MONEYED INTERESTS HAVE STOLEN AMERICA AND HOW WE CAN GET IT BACK", Authorhouse, 2009
Related Topic(s): American Empire; American Foreign Policy; American Hypocrisy; American Peoples Congress; Politicians; Propaganda; War, Add Tags
Add to My Group(s)
Go To Commenting
The views expressed herein are the sole responsibility of the author and do not necessarily reflect those of this website or its editors.