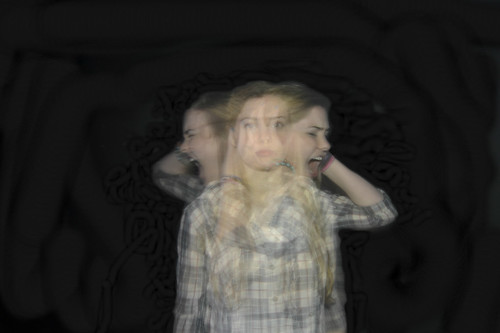 Confused and conflicted by fear!
(Image by cornonthecobbb)   Details   DMCA

It probably hasn't passed anyone by that the covid19 crisis, whether manufactured or exploited, has caused great schisms in the alternative media.

Almost from day one there was a divide between those who opted to accept and even endorse the rollout of authoritarian measures by governments around the world as 'necessary evils' (or even as harbingers of a world socialist revolution; beats me how that is supposed to work but still), and those who pointed out that this rollout was at best flagrantly disproportionate and opportunistic, and at worst a planned response to a planned or cynically manipulated 'pandemic'.

Over the last few months the position of the latter has become stronger by the day, while that of the former has been weakened to the point of collapse.

As we have pointed out many times the official data has never supported the panic memes. In fact the two entities, data and narrative, co-exist almost independently of one another, telling mutually contradictory stories, without anyone in the Panic-sphere (to coin a phrase) seeming to notice or mind very much.

It's as if on this topic some very smart people have been hypnotised or vaccinated against fact. They see the numbers, they read the data, but it just does not compute.

When invited to discuss with us these people become hostile, even aggressive. They bluster, they accuse us of manipulation and deceit, of being uncaring about the sick and dying, even of working for the capitalists (because apparently it is now a truth universally acknowledged that the best way to start a revolution is to lock everyone in their houses and give Bill Gates and the WHO the key).

And when pushed into a corner, these otherwise smart people simply deny the facts staring them in the face.

A good illustration of this happened the other day one Twitter.

Tim Anderson, one of those otherwise very smart and focused guys, has been firmly lodged in the Panic-sphere from the outset. He is fairly careful to avoid fact-based discussion, but does indulge heavily in purple-tinged emotional condemnations of those evil people (like us) who are uncaring enough to cite the data on infection and fatality rates.

A couple of days ago he tweeted some of that condemnation: 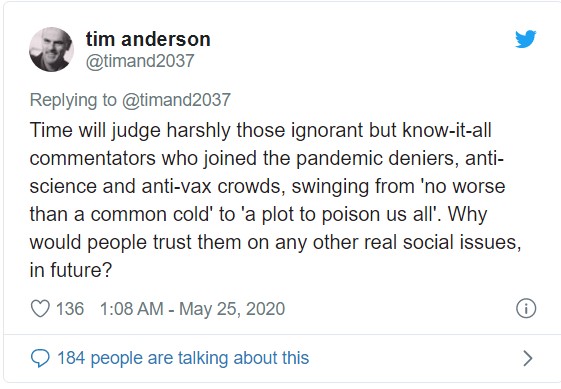 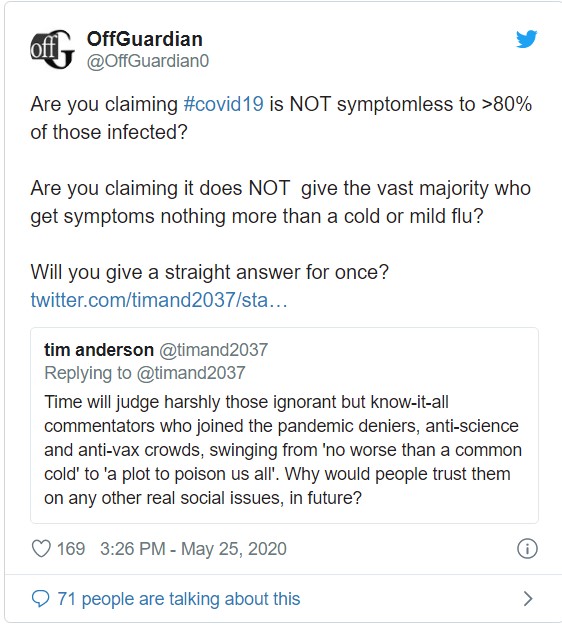 Tim did not respond to these questions so far as we are aware, but Moon of Alabama (another otherwise insightful and respected commentator) did. This is what he said.

Related Topic(s): Corona Virus Coronavirus Covid-19; Off-guardian, Add Tags
Add to My Group(s)
Go To Commenting
The views expressed herein are the sole responsibility of the author and do not necessarily reflect those of this website or its editors.