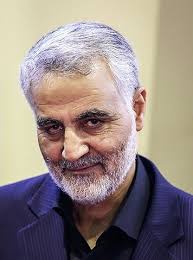 The dust is settling somewhat over the latest and strangest act of imperial hubris in the Middle East, and a few things are becoming clearer though no less strange.

Trump held a slightly bizarre presser at his vacation resort in Florida, wherein he tried to assure the media he had no wish to provoke either war with or regime change in Iran, saying

Even the slavering warhound, Pompeo was taking a more conciliatory tone, and the word 'de-escalation' began featuring prominently in his Twitter feed.

Related Topic(s): Attack On Iran; Iran War, Add Tags
Add to My Group(s)
Go To Commenting
The views expressed herein are the sole responsibility of the author and do not necessarily reflect those of this website or its editors.