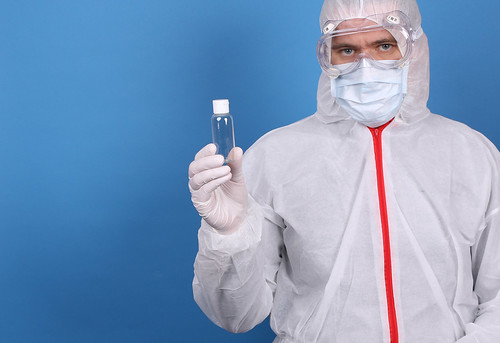 Every country, with the exception of Sweden, found it necessary to close down at least part of the economy in order to prevent the highly infectious virus from overwhelming their medical care systems. The exponential rate of infection, together with a lack of sufficient health resources, obviously meant an overwhelmed system that would be unable to provide care for those suffering from other illnesses and deadly conditions, such as heart attacks.

The need to reduce the caseload was also influenced by the uncertainty of treatment. It has been only through experimentation that health care professionals have found some successful treatments and learned that ventilators were causing deaths. Knowledge about the virus and its attack on vital organs is still emerging. The long incubation period and the fact that people can spread the virus without themselves having symptoms makes the virus far more challenging than flu, with which it is often mistakenly compared. The fact that people of all ages and health conditions have died from the virus, or from inappropriate treatment and prior conditions, and the impossibility of knowing in advance the severity of any person's case produces a situation that can easily explode out of control.

The policy of isolation and social distancing has worked. It has reduced the infection rate to a manageable one in most places. One consequence of this success is to increase the sense of safety and the belief that the virus is a hoax being used to take away civil liberties. There is no doubt that the deep state and other agendas will make use of the virus for their purposes. But the virus is definitely real and not a hoax.

The success of social isolation has produced a belief that the virus was over-hyped, causing some people to call the policy into question. Crowds in violation of the social distancing policy are protesting against the policy, with some marching around with weapons.

No doubt that the policy has costs that offset in part its benefits. But the question remains whether protest is an intelligent response or selfishness and a paranoia of its own.

In Chinese and Japanese cities where the spread of the virus was successfully controlled and the cities reopened, the result has been a second wave of infections.

In contrast in North Florida, the closing of beaches and vacation rentals has resulted in the area being essentially free of virus cases. Based on the Chinese and Japanese experience, we should expect a reopening provoked by impatience to reignite the infection rate.

If we had been prepared with protective gear, with an adequate supply of tests that work, with an understanding of the virus and its treatment, close-downs, other than perhaps in congested cities heavily dependent on public transportation such as New York city, could have been avoided.

The protesters are wrong in thinking that a low death rate of the virus makes it a non-threat. It is certainly possible that many more people have the virus than is known and that many of the deaths attributed to the virus are results of other causes. The virus is nevertheless dangerous because it is highly contagious, because the severity of cases widely differs without the ability to know in advance the severity of any case, because treatments are uncertain, because people without symptoms spread the virus, and because some recovered people have insufficient antibodies to prevent reinfection.

Business and political interests want the economy reopened, but if we are careless about the process the outcome can be a worse economic and health crisis.

Belief that the best policy is to let the virus spread in order to develop "herd immunity" is undercut by reinfection. There is no herd immunity to common colds or flu. I know people whose winter colds are followed by summer colds and people who get flu every year, flu shot or not.

There are many lessons that we should learn from the virus challenge. One is that a profit-driven health care system results in inadequate structure to deal with a pandemic. We need to break the hold of Big Pharma on our health care and medical education and substitute public health motivated medical professionals in place of profit. Another is that we must prevent selfish agendas from using disease to the disadvantage of the health and rights of the public. Politically weaponizing the virus, as has been done, is irresponsible in the extreme.

Related Topic(s): Health; Medical; Public; Suffering, Add Tags
Add to My Group(s)
Go To Commenting
The views expressed herein are the sole responsibility of the author and do not necessarily reflect those of this website or its editors.