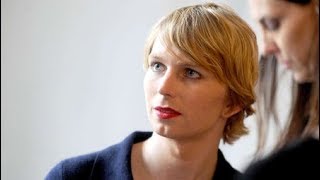 The smug pronouncements from the CIA crowd were stunning in their hypocrisy. Morell, in a letter he released to all major media outlets following his resignation, said, "I cannot be part of an organization -- the Kennedy School -- that honors a convicted felon and leaker of classified information, Ms. Chelsea Manning, by inviting her to be a Visiting Fellow at the Kennedy School's Institute of Politics. Ms. Manning was found guilty of 17 serious crimes, including six counts of espionage, for leaking hundreds of thousands of classified documents to Wikileaks, an entity that CIA Director Mike Pompeo says operates like an adversarial foreign intelligence service."

Pompeo, meanwhile, took a swipe directly at Harvard, saying, "Harvard's actions implicitly tell its students that you too can be a fellow at Harvard and a felon under United States law. I believe it is shameful for Harvard to place its stamp of approval upon her treasonous actions." Pompeo praised Morell's decision to leave the Kennedy School, saying that Harvard "traded a respected individual who served his country with dignity for one who served it with disgrace."

So let's talk about respect. Let's talk about disgrace and law-breaking. I worked with Mike Morell for my entire CIA career. He's very bright. He rose through the ranks more quickly than just about anybody else ever. He's a political animal. He's a company man through and through. And that's not necessarily a good thing.

Morell was a career analyst when he worked his way into the CIA's Senior Intelligence Service. He rose to the position of Deputy Director -- and then Acting Director -- of the CIA. Before that, Morell was Deputy Director of the CIA for Intelligence, the head of its analytic arm. But for a period immediately prior to that, Morell was the Deputy Executive Director of the CIA, the Agency's fourth-ranking officer. It was in that position, during the George W. Bush administration, that he had direct oversight of the CIA's torture program, its system of secret foreign dungeons where the torture took place, and the organization's international kidnapping program called "extraordinary rendition."

That's what Mike Pompeo calls "a respected individual serving his country with dignity."

Chelsea Manning, on the other hand, made classified revelations in the public interest. She is the definition of a whistleblower -- she brought to light evidence of waste, fraud, abuse, illegality, and threats to public health or public safety. Indeed, Chelsea Manning exposed actual war crimes in Iraq. And for that, she was prosecuted. I won't fudge the issue here. Manning released tens of thousands of classified State Department cables that had nothing to do with war crimes. But her motivation is irrelevant. The information, taken in its totality, did expose crimes. That's the bottom line. And instead of being celebrated, she was given 35 years in a military prison. She was only released when President Obama commuted her sentence after more than seven years, at least two of which were spent in solitary confinement.

Related Topic(s): CIA; Chelsea Manning; Harvard Kennedy School; Politics; Whistleblower, Add Tags
Add to My Group(s)
Go To Commenting
The views expressed herein are the sole responsibility of the author and do not necessarily reflect those of this website or its editors.