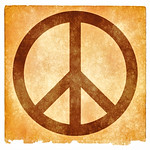 Summary: Capitalism needs poverty so that capitalists can thrive. What is needed is voluntary simplicity from the relatively wealthy of the world. Many people in the world have suffered and died because of what the United States Government has done in the world from its inception up to right now. It is a tragic story but it's true. Other nations have their social sins too, but we have to own up, accept, and be responsible for what we personally have done. We have to be very sorry for what we have done, and we have to ask the world for forgiveness for the remission of our sins one nation at a time. And we must vow to change our ways to bring peace, hope, and love to the whole world with ecological wisdom. To have a world without end, we need a world without empire. "World without Empire! Amen, Amen."

Like a network of nerve cells in the body, when the world becomes a democratic network of intentional communities or self-determined communes, each having a global and local focus, then there will be peace, unity, integration, and harmony in the world. The highest form of community is the communion, unity, and intimacy of a commune. Building community in neighborhoods and organizations is important. Interpersonal communication skillscan be learned, and understanding ourselves will help us understand others. The best thing we can give others and the world is openness, honesty, transparency, even vulnerability. The Center for Nonviolent Communicationshares ways to reduce the violence that is in our personal lives and among nations. The Four Stages of Achieving True Community is another valuable resource.

In creating a title for this article, I debated whether to use the word "materialism" or "consumerism." Then I discovered that someone at Quora.com had asked the question What is the relationship between consumerism and materialism? Here is how Thomas L. Johnson responded: "Great question that is difficult to answer because both terms have at least two completely different definitions." Johnson states that when Ralph Nader started the American consumerist movement that was a good thing because we need watchdogs to keep track of products to protect the interests of consumers. But the second definition of consumerism describes those who believe we live in an economy where consumption is the machine that drives economic growth. "But it leads to planned obsolescence and rapidly changing styles. The fact that Apple feels it has to release a new edition of the Smartphone every year is a testament to this sort of consumerism." One definition of materialism states that it is a philosophy that holds that matter is the only real thing; reality is not anything that is spiritual. In the other definition of materialism, "the acquisition and possession of objects is the primary value akin to a religion," which would not be a spiritual religion.

Here are some websites that integrate science and spirituality. Mystics and yogis have known for thousands of years that we can transcend duality and experience the oneness of everything. Websites such as Soulproof.com, Science and NonDuality, near-death.com, VictorZammit.com, and Buddha at the Gas Pump show us how we can become self-actualized or personally enlightened. More and more people are testifying about their Near Death Experiences (NDEs) and some of us are becoming convinced that we will have an afterlife.

Philosophical materialism is the basis of the scientific method that has brought about scientific and technological wonders. But there is increasing evidence that consciousness actually exists independently and outside of the brain as an inherent property of the universe itself like dark matter and dark energy or gravity. According to neuropsychiatrist Dr. Peter Fenwick's research and view, "the brain does not create or produce consciousness; rather, it filters it."

Our human potential extends far beyond what can be achieved through subject-object duality, the normal thinking and reasoning state of mind. So both definitions of materialism above keep us from being all that we can be, which is why I chose "materialism" rather than "consumerism" as a factor that prevents world peace.

Spiritual books such as Autobiography of a Yogi, Living with the Himalayan Masters, Miracle of Love, and Yoga Sutras of Patanjali reveal a transpersonal human potential that so far cannot be fully understood and measured using the scientific method. In the teachings of Jesus, Buddha, and Krishna there is a focus on individual salvation, spiritual growth, liberation, or enlightenment without a focus on improving the world. But if we are going to create a future in this world for our children and grandchildren, we have to think about how to make this world better. Each one of us needs to become a socially-responsible planetary or world citizen. Everything we choose or buy or do can be a model for the world. Our neighborhoods and communities can be models for the world. Whenever possible, we each need to develop and share our plan for saving the world and the planet.

We need to plan for a sustainable future that is beneficial to all--to every person in every nation. Much of the world is over-developed--for example, we need fewer people and fewer cars. To encourage the use of buses, let's make city bus fare free. Walking more would certainly be good. We need voluntary simplicity from all, for all, right now. I wonder how often those who have lived with involuntary simplicity all their lives have been led to believe that the life of conspicuous consumption and materialism will give them the greatest happiness. It represents the false hope of capitalism which might be good for private corporations, but not for others throughout the world who also want and need love, peace, and joy. We're all interrelated and interconnected, and we're all in this world together whether we realize it or not. Let us swim together and let no one sink.

Many believe heaven is a place where we will have eternal communion with God, but we can find our life purpose and divine source within right here on earth. If we make a better heaven on earth first, then it just seems like we will experience a better heaven when we get to heaven. Or if reincarnation is true, we can choose to keep coming back to this earth to make it a model planet. We can strive to make this Earth Community just as good as anything on the other side when we pass on.

We are taught to believe that we live in a democracy, but how can we live in a democratic society when we really only have 2 national political parties, and both support U.S. imperialism; both have worked together to make it very difficult for third parties to have an equal voice. We need mass demonstrations that demand the equal empowerment of the 7 largest national political parties. Then and there we might find some parties that value world peace--parties that value ecological wisdom, personal freedom and egalitarianism--parties that seek the self-actualization of every person in every country--parties that promote models of democracy in every nation.