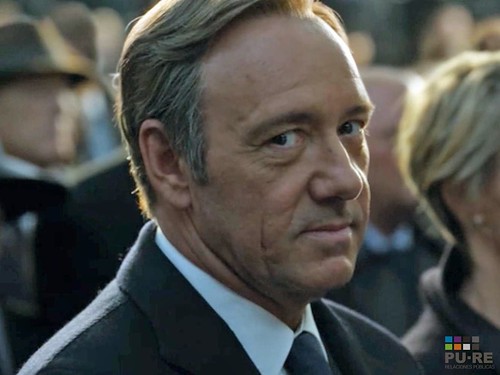 When the Kevin Spacey story first broke, he stood accused of one act of wrongdoing: aggressively hitting on a 14-year-old boy.

If true, this is wrong. Very wrong. Obviously. Adults shouldn't proposition children. But this happened more than 30 years ago. The nature of the response -- Netflix distanced itself from the star of its hit show "House of Cards" by announcing its previously secret decision to end the series next year -- seems like the wrong response to the actor's behavior...and one that has become all too typical.

Bear in mind, this was before other people stepped forward to say Spacey had sexually harassed them. Some of Spacey's accusers worked on "House of Cards." After that, Netflix would have been derelict not to put Spacey on hiatus as the accusations get sorted out, and to fire him for creating a toxic work environment for its current employees. Which is what it did.

Sexual harassers getting their just comeuppance is a good thing. It is decades, centuries, millennia overdue. What I can't figure is, why is the knee-jerk response to these accusations, the standard-issue form of social shaming in the 21st century, to fire them from their jobs -- including jobs where they didn't do anything wrong?

The NYPD may file criminal charges against Harvey Weinstein, whose name will for the forseeable future be preceded by the phrase "disgraced Hollywood producer." But Weinstein is an exception. For most men accused of sexual harassment and assault during this post-Weinstein outcry, the standard demand is: fire him!

Depriving a man (or woman, if that happens) of their livelihood in response to piggishness seems both too little and too much.

For victims, the knowledge that their attacker lost their job hardly rises to the level of even minimal justice. Nor does it protect other women from falling prey as well. Any sanction short of a prison term for a rapist or a big-time sexual harasser is bound to feel trivial, as though society doesn't weigh victimhood, as if victims are disposable.

For the falsely accused (e.g., the University of Virginia, probably also the Columbia student accused by a famously mattress-toting classmate), being deprived of a livelihood for a crime they didn't commit is egregious. We live in a capitalist society without a minimal safety net, so losing your job can -- if you are unable to find a new one -- quite literally kill you.

Unless the incident occurs on the job, the connection between employment and sexual harassment and rape is as arbitrary and odd as that between employment and healthcare. If a society determines that healthcare is important, it should be available to everyone, not just workers fortunate enough to land a 40-hour-a-week job working at a company big enough to offer a health plan. Similarly, what does sexually harassing 30-plus years ago at a private party -- yes, even a boy -- have to do with Spacey's then-current gig with Netflix?

It didn't turn out to be the case, but try to imagine that the entire brief against Spacey had never expanded beyond Anthony Rapp's tweet, which describes an incident that Spacey claims he doesn't recall. It's safe to say Spacey's character on "House of Cards" would have been killed off. Spacey probably would have lost other jobs. He would likely have had trouble finding work in the future. You might say good, who cares? But this outcome would have been fair neither to Rapp nor to Spacey.

If Rapp is telling the truth, it would be better for that truth to be determined by the courts, should he decide to file charges. Statues of limitation are challenging in these cases, but the solution is for state legislatures to fix that problem, and for prosecutors to be induced to go after cases tougher than a slamdunk. As it is, political leaders are abdicating justice to social media lynch mobs and employers. There are also civil courts, where the standard of proof is lower.

As far as Spacey goes, is it ethical to take money out of his pocket over an accusation that has never been tried, much less proven, by a judge or jury?

On the other side of the coin, Fox News waited way too long to fire Bill O'Reilly and Roger Ailes. I'm not typically sympathetic to corporations or their bottom lines, but if I'm the boss at a company, anyone who forces my organization to pay a multimillion-dollar settlement to a sexual harassment victim -- because, let's face it, corporations only pay when they're guilty -- is out the door before it happens again. Mark Halperin allegedly harassed women at ABC; ABC's firing thus seems cut and dry.

Of the recent firings, NPR handled things better than most. Michael Oreskes hung onto his job as long as his accusers were out of his past, from his previous position at the New York Times . They let him go after a female NPR staffer said he'd harassed her.

Related Topic(s): Censorship; Politics; Sexual Harassment; Sexual Predators; Workplace, Add Tags
Add to My Group(s)
Go To Commenting
The views expressed herein are the sole responsibility of the author and do not necessarily reflect those of this website or its editors.