This article is about the Chinese dictatorship and its agents, not the people of China 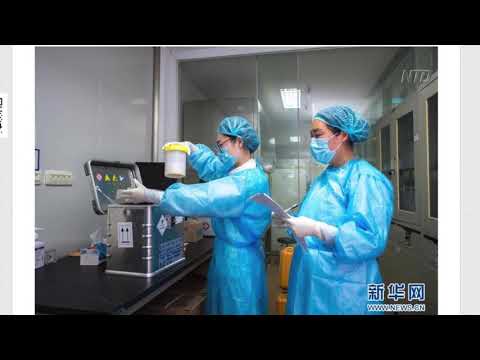 My longer-term readers know my position on the pandemic: an unproven claim of having discovered a new virus; diagnostic tests which are worthless, but open the door to the phony escalation of case numbers; the gathering and corralling of people who have DIFFERENT traditional diseases (and perhaps a few new non-viral conditions) under the meaningless umbrella term, "COVID-19"; the plan to introduce a toxic vaccine as the "solution."

I fully realize there are several possible roles the Chinese regime could be playing in this global crisis. And by crisis, I mean lock-downs and economic devastation.

To begin: The Chinese regime's model of absolute control over its population is fully in line with Rockefeller-type Globalists' model of control for all of Earth.

But the Beijing regime prefers to extend its own formidable Empire. It will cooperate with Globalist elites on certain operations, but only because the benefits accrue to China.

In the case of this pandemic illusion, the Chinese government would be pleased to contribute to nations locking down populations and closing out economic activity. Why? Because the result would be significant weakening of those nations -- whom the Chinese regime views as opponents or potential satellites.

Weakening nations is also the ambition of Globalist elites, to be sure. Flailing countries are easier to take over. Easier to convert to a New Technocracy. A Brave New World.

But the Chinese leadership is not a basic Rockefeller partner. The China bosses are for China.

If, in the process of playing along with Globalists in this pandemic forgery, the Chinese nation absorbs economic losses and deaths of its own citizens, the regime is more than willing to write them off as necessary sacrifices. Temporary. "We bounce back quickly. Other nations are not so fortunate. They don't have our level of power over their citizenry. They don't have 1.4 billion people under a moment to moment gun."

The next Chinese-regime idea: "We could try to unleash a killer virus, altered in a lab, on the whole of Earth, but this is ridiculous for many reasons. Among which, the rebound effect on ourselves is unpredictable, and only in science fiction movies is there a magic antidote. Worse, all viruses are unstable and mutate very quickly, so we have no idea what would happen. A hundred dead, ten thousand dead before the virus mutates into a harmless variety. This strategy lacks what we want all the time, in every situation: control."

The next idea: "But suppose we could launch the illusion of a pandemic. That would serve us well. In terms of our goals, it would be a success: economic destruction visited on our enemies. As a bonus, we buy bereft governments, more foreign companies, and more foreign land at bargain basement prices."

The next idea: "We could lay out a 'tempting meal' for the obsessed virus hunters at the World Health Organization and the CDC. Help them go where they already want to go..."

Related Topic(s): China; Chinese President Xi Jinping; Pandemic; Propaganda; Trump, Add Tags
Add to My Group(s)
Go To Commenting
The views expressed herein are the sole responsibility of the author and do not necessarily reflect those of this website or its editors.