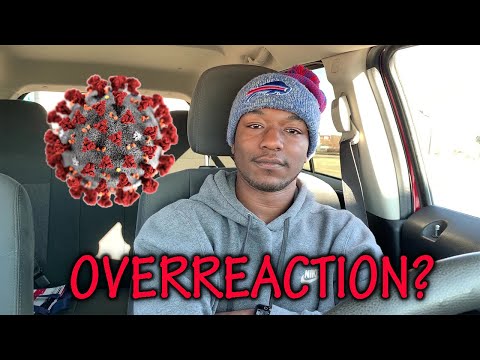 Recently, a report on the COVID-19 crisis was leaked from the German Interior Ministry.

The report states quite definitely that the whole threat has been overblown. It was a "false alarm."

As Strategic Culture Foundation reveals, the report, "Analysis of the Crisis Management" (an English translation, here), was authored by "a scientific panel appointed by the interior ministry and composed by external medical experts from several German universities."

"The report was the initiative of a department of the interior ministry called Unit KM4 and in charge [of] the 'Protection of critical infrastructures'."

"Some of the [leaked] report key passages are:
* The dangerousness of Covid-19 was overestimated: probably at no point did the danger posed by the new virus go beyond the normal level.
* The people who die from Corona are essentially those who would statistically die this year, because they have reached the end of their lives and their weakened bodies can no longer cope with any random everyday stress (including the approximately 150 viruses currently in circulation).
* Worldwide, within a quarter of a year, there has been no more than 250,000 deaths from Covid-19, compared to 1.5 million deaths [25,100 in Germany] during the influenza wave 2017/18.
* The danger is obviously no greater than that of many other viruses. There is no evidence that this was more than a false alarm.
* A reproach could go along these lines: During the Corona crisis the State has proved itself as one of the biggest producers of Fake News."

Of course, here in America, we're grateful that the New York Times, the Washington Post, and all the major television networks have been trumpeting news of the explosive findings in the leaked German report. Our major media have been on top of this story from the beginning, with page-one headlines and lead items every night on TV news broadcasts. We're grateful to Tony Fauci, Deb Birx, and the whole coronavirus task force crew for highlighting what's been happening in Germany in their daily press conferences. We appreciate the hour-to-hour updates on Germany from the CDC and the WHO. Bill Gates' breathless reports on YouTube, demolishing the official COVID narrative and praising the German leaker, have warmed our hearts.

WAIT. Sorry. For a minute there, I thought I was writing PR releases for...some honest US government agency and media consortium that don't actually exist. My mistake. Wrong country, wrong world, wrong universe.

Let me try to go back into the theater where the population is watching the movie called "COVID-19, Terrifying Pandemic."

Excuse me, what? I can't go in without a mask?

Problems, problems. I give up. I'll just stand outside.

I've written about 140 articles so far about COVID, in which I've disassembled the plot line of the movie.

The movie, of course, seems to take no notice of this. It just keeps playing. The studio, the producers, and the director are finished with their work. No point in asking them to "retract" what they've already done. And the actors...well, are their roles real? Those roles are IN the movie.

I'm going to say something controversial now. Here's the thing. This is a special kind of movie. By exposing the studio, the producers, the director, the actors; by revealing what we could loosely call their bad intent, and their specific lies, the movie itself can change. I know that sounds preposterous, but it's true. And by change, I mean new story lines bleeding into the central plot. I also mean something more drastic: rips and tears and shreds in the screen itself, the screen on which the movie is being projected. THAT'S what I'm REALLY interested in.

Related Topic(s): Corona Virus Coronavirus Covid-19; Life Events; Movies; Reality; Walking, Add Tags
Add to My Group(s)
Go To Commenting
The views expressed herein are the sole responsibility of the author and do not necessarily reflect those of this website or its editors.