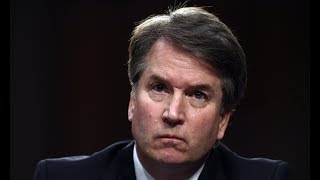 The contours of that cover-up became clear this past weekend with the first excerpt from a new book by two New York Times journalists who spent a year reinvestigating Kavanaugh's confirmation fight, including the explosive allegations of sexual assault and misconduct by the federal jurist when he was a D.C.-area high schooler and an underclassman at Yale.

Robin Pogrebin and Kate Kelly, the reporters behind The Education of Brett Kavanaugh: An Investigation, found seven people who could offer strong corroboration for Deborah Ramirez, Kavanaugh's Yale classmate who alleged that the future Supreme drunkenly thrust his penis at her when they were both freshmen in 1983.

Related Topic(s): American Facism; Fraud; Judiciary; Justice Denied; Kavanaugh Confirmation; Kavanaugh Lies; McConnell-Mitch; Misconduct, Add Tags
Add to My Group(s)
Go To Commenting
The views expressed herein are the sole responsibility of the author and do not necessarily reflect those of this website or its editors.