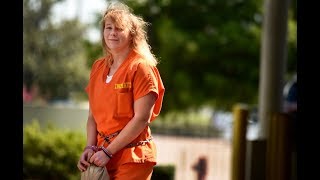 Last week's news that special counsel Robert Mueller had the goods on 12 high-level Russian spies whose job was to hack computers and muck up America's 2016 presidential election was a political bombshell -- but also a resounding vindication for a 26-year-old Georgia woman with the wonderfully poetic name of Reality Winner.

In the spring of 2017, with public concern mounting about the extent of Russian interference in the 2016 presidential election, federal officials still sought to assure people that there'd been no major success in penetrating electronic voting systems. But Winner, a commended Air Force veteran with a top-secret security clearance, then working for a government contractor, had seen evidence that federal officials weren't telling the whole truth.

And so Winner did what Daniel Ellsberg, Mark Felt, and others whose difficult decisions made in real time have long since been vindicated by history had done: She blew the whistle. In sending her evidence to the news media, Winner took down a cover-up of information that the Russians had, in fact, been far more aggressive -- and successful -- in targeting voting systems. Indeed, one major electronic voting-records vendor, later identified as VR Systems, had been hacked into, and Russians then used that information to target voting officials in the critical swing state of Florida with "spear-phishing" emails aimed at compromising their computer networks.

Several key state officials said no one had warned them about the Russian scheme until the leaked memo from the National Security Agency, or NSA, appeared in The Intercept in June 2017. To them, Winner's leak was a form of public service. And both the validity of the information, and its seriousness, was confirmed last week when the hacking of VR Systems and other underreported Russian efforts to gain access to voter rolls was a centerpiece of Mueller's indictment.

But to say that the vindication of Reality Winner was bittersweet would be a gross understatement.

When the indictments came down, the young Air Force vet still sat in a Lincoln County, Ga., jail cell, awaiting formal sentencing after she decided in June to plead guilty to one count of felony transmission of national defense information, an inevitable outcome in a federal prosecution that was ridiculously stacked against Winner from Day One. Under her plea agreement, Winner will spend five years and three months in prison -- until late 2022, if time served is included.

Related Topic(s): Intercept; Prisons - Penal System; Reality Winner; Russia Hacking; Voting Integrity; Whistleblower, Add Tags
Add to My Group(s)
Go To Commenting
The views expressed herein are the sole responsibility of the author and do not necessarily reflect those of this website or its editors.