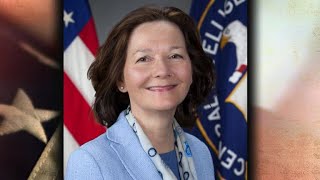 President Trump's nomination of CIA Deputy Director Gina Haspel to be the new director returns the country to the bad old days of torture and secret prisons. Trump couldn't be any clearer that he has come down on the side of the architects of the George W. Bush-era torture policy. Haspel was a prote'ge of Jose Rodriguez, the CIA's notorious former deputy director for operations and former director of the Counterterrorism Center (CTC), known as the godfather of the torture program. Haspel served as Rodriguez's chief of staff at CTC.

Haspel has been at the CIA for 33 years. She's been described in the media as a "seasoned intelligence veteran," with an "uncanny ability to get things done" and as someone who "inspires those around her." I'm sure that's true for some. But many of the rest of us who knew and worked with Gina Haspel at the CIA called her "Bloody Gina."

The CIA will not permit me to talk about Haspel's time overseas. Suffice it to say that others already have, and her career has been well documented in the media. Most importantly, it was Haspel whom Rodriguez ordered to destroy videotaped evidence of the torture of Abu Zubaydah, who many of us believed, incorrectly, to be the third-ranking person in al-Qaida. And that was after the White House counsel told her to preserve everything. She never apologized or even attempted to explain herself. Rodriguez called her a patriot. I would say that she committed "obstruction of justice," a felony.

Haspel's appointment as CIA director is wrong for a number of reasons. First, just imagine the message this sends to the CIA workforce: Engage in whatever war crimes or crimes against humanity you want, and there won't be any repercussions. Don't worry about ethics. Don't worry about morality. We'll cover for you. And you can destroy the evidence, too.

What message does that send to other countries around the world? What do we tell our allies, the same ones we criticize every year in the State Department's annual Human Rights Report? We tell them: "You know how we always say that we're a beacon of respect for human rights and the rule of law? Well, that's nonsense. We say those things only when it's expedient. Do as we say, not as we do."

Our actions are also not lost on our enemies. A myriad of former intelligence professionals will tell you that the torture program has been the greatest recruitment tool terrorist groups around the world have ever had. It has energized them. It's given them something to rally against. It swelled their ranks. It was no coincidence that ISIS paraded its prisoners in front of cameras wearing orange jumpsuits before beheading them. Gina Haspel has to take responsibility for her role in that.

Haspel's nomination is also an insult to the likes of Sen. John McCain, the one person on Capitol Hill with the greatest moral authority to weigh in on torture. McCain knows that torture is an abomination. It's un-American. We should listen to him. Haspel's nomination is an insult to Defense Secretary James Mattis, the retired four-star general who told Trump to his face during the transition period that torture doesn't work, and to CIA Director Mike Pompeo himself, who said in his confirmation hearings that he was opposed to the torture program and would not reinstate it, even if the president ordered him to do so.

There is some hope that the CIA's overseers on Capitol Hill will have the sense to tell the president that this nomination is wrong. Sen. Dianne Feinstein, D-Calif., the former chairman of the Senate Select Committee on Intelligence (SSCI), in 2013 objected to Haspel's temporary appointment as director of the CIA's National Clandestine Service, the agency's operations directorate, denying her the position on a permanent basis. Sen. Mark Warner, D-Va., the SSCI's ranking member, said he wanted assurances that Haspel intended to comply with the spirit and letter of the law banning torture. She made no public response. Sen. Rand Paul, R-Ky., has already said he will oppose her nomination.

If there was ever a time for Senate Democrats to stand together, it is now. Our nation cannot afford to backslide into lawlessness. We cannot countenance torture. We cannot look the other way. We cannot reward the torturers. Gina Haspel more appropriately should be facing a judge to answer to charges of war crimes. She ought not be in the director's office at the CIA.

Related Topic(s): CIA; Gina Haspel; Nomination; Torture; Zubaydah, Add Tags
Add to My Group(s)
Go To Commenting
The views expressed herein are the sole responsibility of the author and do not necessarily reflect those of this website or its editors.